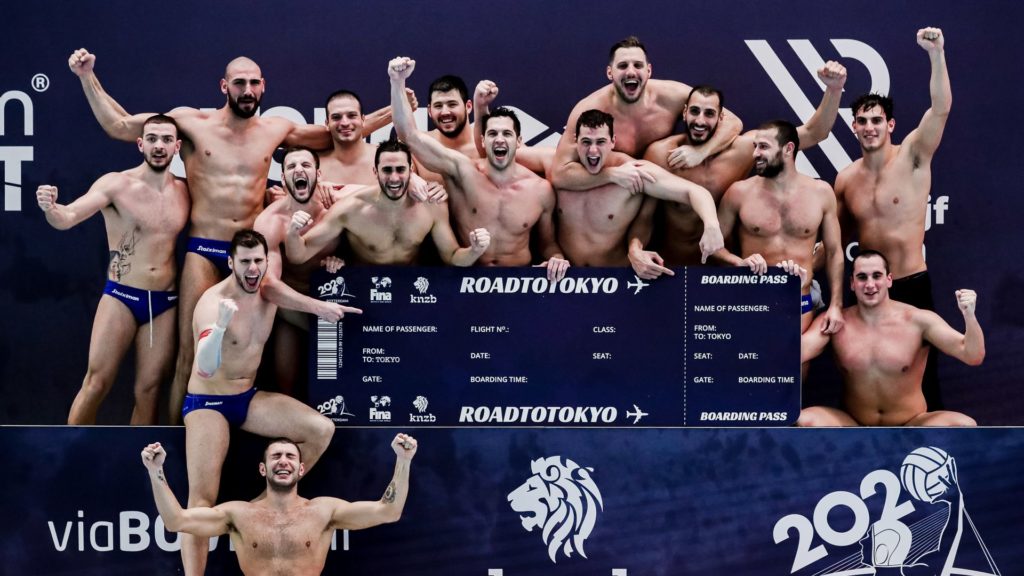 Greece will be represented for the 16th time by the men’s water polo team at the Olympics.

The national water polo team finished in second place at the qualifying tournament held in the Netherlands over the weekend, securing their tickets to Tokyo.

The Greek’s overcame the French in the quarterfinals, despite starting off on the wrong flipper.

Keeper Emmanouil Zerdevas was able to save two attempts by the French, thus helping his front take a 17-14 victory and moving them up to the semifinals against Russia.

READ MORE: Dancing all the way to the Olympics

Russia was no match for Greece’s defense, losing 10-13 and giving up the guaranteed place in the Tokyo Olympics.

Greece finally went on to play a friendly game against Montenegro in the tournament’s final on Sunday, as both teams had already secured their spots. Montenegro did manage to give themselves a boost of confidence, winning by one point with a 10-9 final score.

The Olympic tournament draw on Sunday set Greece up to be in the same group as host Japan, Italy, Hungary, the United States and South Africa.