A lifestyle, not a diet 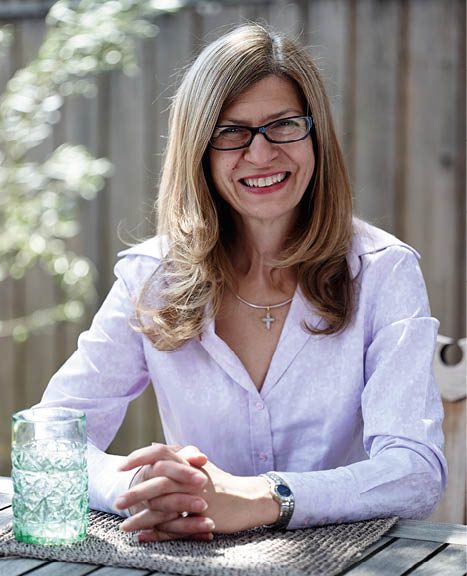 What strikes me about this cookbook – and it’s more than a cookbook – is the inclusion of the influence the social factor of the Mediterranean diet has on the well being of recipients. Many articles have been written about the health benefits of eating a Mediterranean diet, but never before has the whole lifestyle, and what it encompasses, been discussed.
“The social aspect is very important,” author Dr Catherine Itsiopoulos tells Neos Kosmos.
“It’s good for families and role modelling for children and gets them away from the television,” says the Associate Professor in Dietetics and Nutrition. With over 25 years in nutrition, she comes with sound advice and opinions on the diet which Dr Catherine says, if utilised, takes away from all the negative aspects of our lifestyle.
“Everything in our lives now is done in a rush – we don’t think about what we are eating, we eat processed food, we overeat, whereas if you take the family away from the television and eat together, eat slower, enjoying a broader variety and you are teaching your children about good nutrition, then the social aspect is just as important as the diet itself.”
And given that our community has a high ageing population, eating like a Mediterranean – together, slow, talking about your day over food, nutritious food – means you are looking after the elderly in your family.
“[The elderly] tend to be lonely and malnourished,” she adds, “so by including them in your meal, in the social situation of eating, they experience better health as well.”
She says eating all together also has the positive effect of lifting your mood, which aids in the most recent emerging health problem of depression – which she says is going to overtake heart disease and cancer in the future.
“Isolation feeds depression, it makes it worse, whereas social interaction improves your health and your moods.”
Dr Catherine is receiving rave reviews of her latest book The Mediterranean Diet, which encompasses her life’s work of exploring the benefits of this diet in a holistic view. The idea came about as a way to find an easier way to communicate her academic research in a digestible form for all to read. But importantly, to provide tangible ways to change your lifestyle by making the Mediterranean diet a way of life and not just a short term diet solution.
Her research into this area began as a PhD in the mid ’90s. She and her team looked at the health differences between first generation Greek migrants and Australian born people. What they found was that – although some of the migrants had a few health issues – they weren’t as severe or complicated as their Anglo Celtic counterparts. The Greek migrants were protected from heart disease and were all round healthier.
“Even the [Greek migrants] who had diabetes didn’t have the degree of complications that the Australian born people had, and we linked this to the diet because they were eating fruits and vegetables in double and triple the quantities,” she says.
From this a trial was formed where they recruited Anglo Celtic people with diabetes and placed them on a traditional Cretan Mediterranean diet for three months and the results were conclusive. They found their blood sugar levels had dropped and their health was in general much better; from their skin to their mood.
The idea of the book really flows on from her clinical and scientific work as a way to explain why the Mediterranean diet works. She breaks it down, showing what ingredients are important and why they are. And the book assists the readers on how to prevent heart disease, obesity, and promote longevity by using planned meals and diets.
“It’s a diet and a lifestyle and it’s something that I am keen to comment on or provide a message about that,” she says.
“It’s something you adopt, the principle of it, and the whole family is involved.”
She says this diet isn’t just for a single person to follow and fix their short-term problem, it’s something that they continue with and promotes a healthier way of life. It’s also open to people from all walks of life, ages and cultures. There is in the book a specific focus on Greek food, but as the author says, they are just recipes she’s used from her background that she knows are beneficial but urges the readers to create their own, and add their own twist to the food.
The book answers why the Mediterranean diet works for health benefits. Chapters are devoted to certain health problems and diseases and Dr Catherine notes what key ingredients are best to aid in a healthier lifestyle.
And as a qualified nutritionist, she mentions that the question every patient has is, even though they understand the Mediterranean diet, how do they put it into practice? In the book, she’s developed meal plans as a guide for readers, to give them a solid foundation so they can build on, modify and ultimately change their life for the better.
Dr Catherine Itsiopoulos will be launching her book The Mediterranean Diet – available now through Pan Macmillan Books – at Philhellene, Provincial Greek Cuisine, 551-553 Mount Alexander Road, Moonee Ponds Vic 3039 on Sunday 26 August at 5.00 pm. For bookings contact (03) 9370 3303 or email info@philhellene.com.au