Students of Greek Orthodox Schools about to parade to honour their ancestors. All photos: Jamieson Noutsatos

A number of Greeks and Australians came together last Sunday in Adelaide to celebrate one of the most historical days for the Greek nation and to commemorate 200 years of freedom and Hellenism.

With Adelaide’s glorious weather on their side, Greek Australian students, proud parents and grandparents as well as members of the Greek and Cypriot communities in South Australia, gathered at the War Memorial in Adelaide to pay their respects and take part in the annual Greek Independence Day parade.

The 25 March commemoration ceremony, organised by the Greek Orthodox Archdiocese of South Australia, was initiated by His Grace Bishop Silouan of Sinope in the presence distinguished guests and representatives of state and local governments.

The Consul General of Greece in Adelaide Giorgios Psiachas, was the first one to lay a wreath to honor those who fell defending the country of our ancestors, followed by Minister for Innovation and Skills David Pisoni (who represented SA Premier Steven Marshall), Leader of the Opposition Peter Malinauskas, former SA Treasurer Tom Koutsantonis, and federal MP Steve Georganas.

Following the laying of the wreaths Bishop Silouan of Sinope and Consul General Psiahas addressed the crowd and the event concluded with a parade from the students of SA’s Greek Orthodox schools.

READ MORE: The world set to be illuminated in blue and white for Greece’s Independence Bicentennial

“Since 1977, the Greek Consulate in SA has been focused on promoting and maintaining unity amongst Greek Australians and our presence here today symbolises exactly that. We support all events, and we are keen to continue to support all Greek organisations who align with that objective,” said Consul General Giorgios Psiahas who together with Premier Marshall are hosting a reception at Parliament House to commemorate the 200th Anniversary of Greek Independence Day, on Thursday 25 March at 5pm.

Greek flag to be raised in South Australia!

The City of West Torrens will commemorate the 200th anniversary of the Greek Independence on Thursday 25 March at 7am with a special flag raising ceremony to acknowledge the important contribution that the local Greek community has made to West Torrens.

The Greek flag will stay raised for the remaining of 2021. 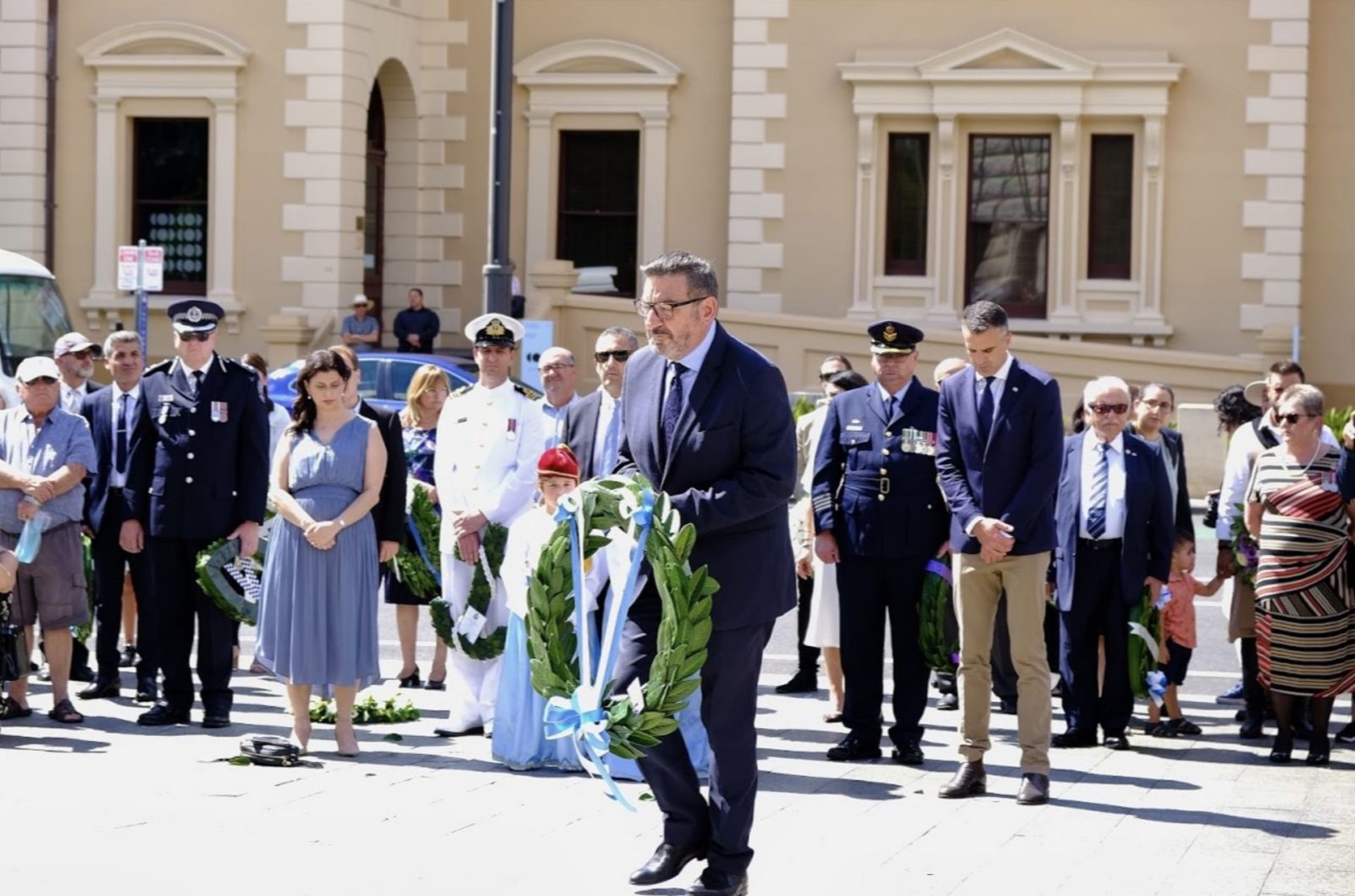 Premier Steven Marshall was not at the official event organised by the Archdiocese on Sunday morning, but he made sure he attended the commemorative celebrations organised by the Greek Orthodox Parish and Community of Prophet Elias in Norwood last Sunday night.

“It is great to be here tonight to celebrate this important day with you and from the bottom of my heart I would like to take this moment to acknowledge the contribution and great work of the Greek community in South Australia,” said Premier Marshall.