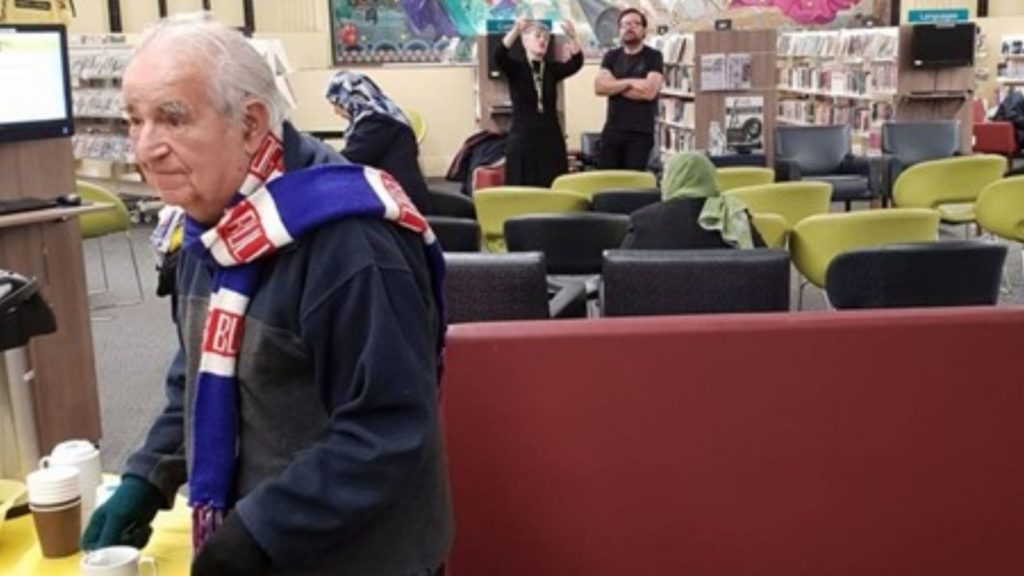 George Zangalis wrote letters and articles and fought for equal rights for all vulnerable minorities and championed the meaning of giving people a ‘fair go’. Photo: K. Karamarkos

George Zangalis passed away on Thursday, 25 March, on the night of the anniversary of Greece’s War of Independence.

The date when Greeks declared ‘Victory or Death’ was when he drew his last breath, and the fighting spirit of resistance heroes and revolutionaries was one he kept throughout his life as he worked hard for workers rights and to protect those vulnerable.

He arrived in Melbourne from the village of Drimades in Thesprotia, Epirus, on 15 February, 1951, aged 18. Without a government assisted migration scheme in place, he was sponsored by a relative.

Mr Zangalis started work at the Holden General Motors factory after being found to be in good health. It was at that time he signed up to the unions, when trade unions were very skeptical about migrants as they were worried that new cheap labour would undercut their pay rights. With unions driven by a strong working class racism, George battled for migrant worker’s rights fresh from his struggle with fascism in post-war Greece. It was his idealism and expectation of what an egalitarian society could be which drove him.

READ MORE: Condolences for the passing of Dimitris Gogos by George Zangalis

He joined the Communist Youth Party in Australia, and then signed up for the main Communist Party along with other immigrants of varied backgrounds, including German, Dutch and Italian migrants.

In the 1950s, the Australian public voted to allow free speech, throwing out the plan by Robert Menzies to outlaw the Communist Party.

He realised that while the White Australia Policy was designed to stop people getting in, there was also the great Aussie attitude of giving people a ‘Fair Go’ and it was that attitude he held onto.

He became involved in Ethnic Communities councils, sat on the SBS board and was a lead broadcaster on Melbourne’s ethnic radio station 3ZZZ. Neos Kosmos readers know him from his multitude of articles promoting an egalitarian society.

He has written the book, “Migrant Workers and Ethnic Communities: Their Struggles for Social Justice and Cultural Rights: The Role of Greek-Australians”.

He died ahead of a tribute to his life organised for 25 April at the  Andrianakos Room at the Greek Community Hall of Alphington Grammar.

His family has requested that instead of wreaths, people offer money to the George Zangalis (GZ) Memorial Account to also digitise and make public his ASIO file, 12 folders at $250 per folder. The account number is BSB 313 140. Account number 123254453.