Melina Taprantzi is the founder of Wise Greece, a social enterprise with a double mission. All photos: Supplied

For the past seven years, Wise Greece founder/director Melina Taprantzi has been “trying to prove that Greece is wise”, and is using social enterprise to do so.

The business concept began from the folly of three million Greeks living beneath the poverty line. Ms Taprantzi saw “people begging for food, and you could see people looking in the trash just to find a decent meal”, she said, remembering the height of the Greek debt crisis which lead to the creation of Wise Greece – a group with a double mission to help Greek producers grow and export thousands of products while turning a profit from the sales to help people in need.

“On the one hand, we have so many charitable foundations who are desperate for food donations because they don’t have food supplies or money to buy food supplies,” Ms Taprantzi told Greek Australians at the Open Dialogue series at the start of the month. “On the other hand we have so many small family-owned businesses, so many amazing food products in Greece where those entrepreneurs don’t really know how to promote their products or sell them or export their products. So I thought, in 2013, why not do something, and that is how it was born.”

This year the start-up gained momentum with another 80 producers joining the ranks of 100 already on board, bringing with them innovative and award-winning products which show the world that Greece can go beyond producing top-notch olive oil, olives, honey, herbs and the like.

“I was always a big fan of the Greek flavours. Not only because I was born and raised in Greece but also because along the way I discovered and understood, even better, the health benefits of the Mediterranean diet and how important it is for our body, mind and even our soul. Greece is a blessed country with exceptional products, consisting of pure ingredients,” Ms Taprantzi told Neos Kosmos. “The soil, the sun and of course the people add a significant value to our products and every Greek in the world knows that!”

READ MORE: Questions of humanity in Greece’s own refugee crisis

Among the innovative products are the world’s first cocktail based on ouzo, award-winning sea salt from Messolonghi naturally smoked for 140 hours in beechwood, mushroom spoon sweets, the world’s first postcard stuffed with herbs which you can just add a stamp on and mail anywhere around the world, and even moussaka and Greek salad in a jar which aren’t mashed but spreads inspired by signature Greek traditional recipes. And the list of products is almost as long as the taste and innovation awards these products have received. A composite of products offered by Wise Greece The Wise Greece team is supported by specialists in various fields of expertise (food specialists, chefs, quality maintenance, sales, etc) to ensure top-grade quality in the products which are available for purchase online in Greece, the UK, Germany, Poland, Lithuania, the Netherlands, Sweden and in New York and there area plans to expand the market and create Wise Cyprus, a sister group.

“Many countries are interested in Wise Greece and we are working towards building new collaborations every single day,” Ms Taprantzi said, adding that the numerous awards received by the group have “definitely raised awareness for Wise Greece and this is why we have a lot of requests today from many countries”.

Diasporans are also entering the equation, expressing an interest in having Wise Greece products accessible to them to savour the taste, but to also give something back to people in need in their country of origin.

A baptism of fire

The future looks bright, however the beginning was very challenging. “Wise Greece was approaching the producers, explaining its vision, but it was very difficult for them to grasp the idea and believe that this project could actually work,” Ms Taprantzi said. “At first, every start-up business had to deal with many difficulties, especially a social enterprise, an unknown concept for Greece when I started back in 2014.”

There was also Greece’s bad reputation abroad. “The media presented Greece as ‘the black sheep of Europe’ and Grexit was the main discussion everywhere. My goal was to change that and underline that the country, which in a way invented the concept of ‘wisdom’ is confronting its problems, being reborn from its ashes and becoming ‘Wise Greece’,” Ms Taprantzi said. 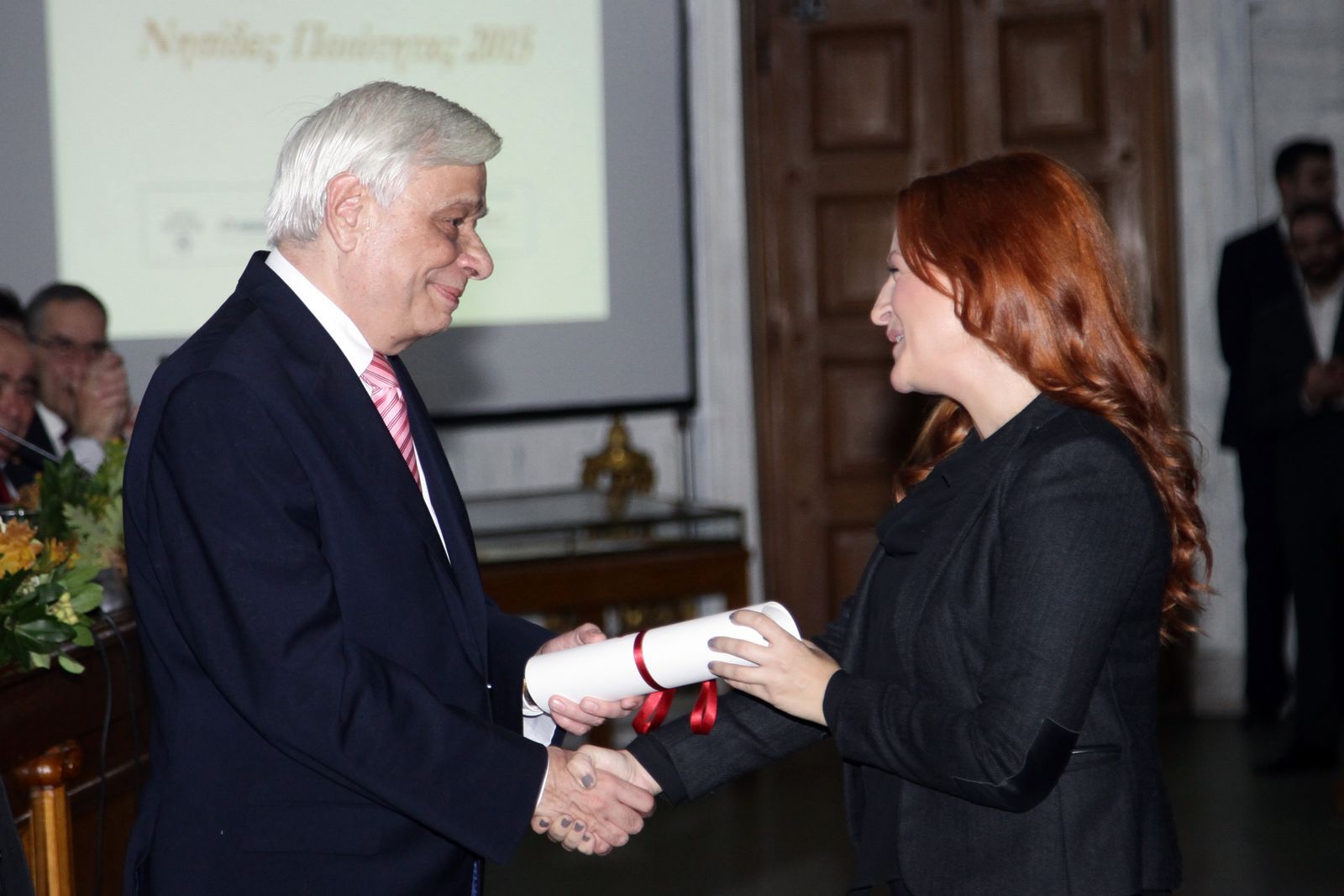 At the heart of Wise Greece lies its compassion. There are currently nine staff members on the agile team, however the group coordinates more than 60 volunteers in street events it organises and visits to orphanages and soup kitchens. The group regularly provides hot meals to the homeless and refugees passing through the country. “Most importantly Wise Greece has managed to purchase and donate more than 60 tons of food to orphanages, families and people with great need,” Ms Taprantzi said, adding that she had always been an active volunteer her “whole life but could never have imagined that giving back to the community could actually be [her] day job.”

And while Wise Greece is doing well, Ms Taprantzi has her work cut out for her. “We are a European country and we have 30 per cent of the Greek population living under the poverty line,” she said. “We have nearly 700,000 children up until the age of 10 who simply don’t have enough money to buy a snack at school. We also have 100,000 people who depend on donated food from social groceries and 500,000 people who depend on soup kitchens for their meal. As you can understand, unfortunately, due to COVID-19, the numbers are rising.”