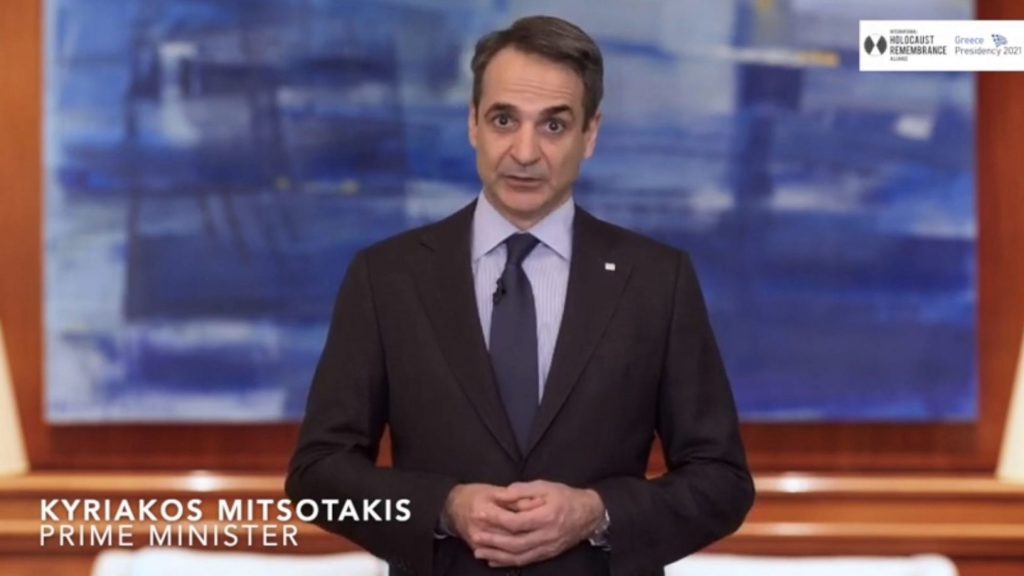 Greece has taken over the Presidency of the International Holocaust Remembrance Alliance (IHRA) from Germany.

Due to the pandemic, the handover ceremony took place online and included addresses by Greece’s Prime Minister Kyriakos Mitsotakis, Deputy Prime Minister Panagiotis Pikrammenos, Minister of Foreign Affairs Nikos Dendias, Education and Religious Affairs Minister Niki Kerameos, and Ambassador Christodoulos Lazaris, who will serve as the IHRA President. The IHRA is the largest global organisation which unites governments, academics and experts on the critical mission of strengthening, advancing and promoting Holocaust education, research and remembrance worldwide and upholding the commitments of the Declaration of the Stockholm International Forum on the Holocaust.

The Greek Foreign Ministry released a statement concerning its one-year presidency which began on 1 April. It stated that it “is deeply committed to promoting the IHRA’s work, which is key to keeping the memory of the Holocaust alive.”

Mr Mitsotakis pointed to the importance of the IHRA. “More than 20 years after its formulation, the work of the IHRA is becoming more important, not less, because as time passes, the risk that memories fade increases and events closer to the present appear more dominant than matters of the past,” he said, adding that the group’s work helps to combat that risk.

The central theme of the Greek presidency is “teaching and learning about the Holocast: Education for a world without genocide ever again”. A number of events will be held, aiming to educate younger generations and society as a whole on what the Holocaust means.

The Greek Presidency coincides with the bicentennial of the Greek War of Independence and is thus viewed as an opportunity to promote Greece’s humanitarian ideas and fundamental freedoms.