New harassment laws to hit the workforce – but is it just lip service? 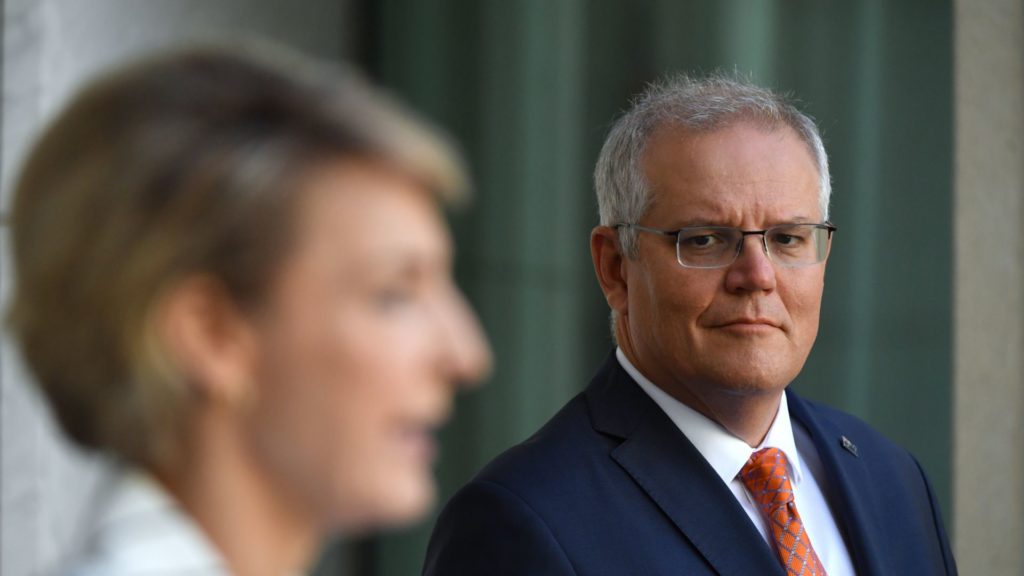 The federal government will adopt 55 recommendations of the Respect@Work report, either in full or in part, more than a year after receiving the document in January 2020.

The landmark report from Sex Discrimination Commissioner Kate Jenkins was released publicly last March, and includes recommendations which are aimed at shifting the system from being complaints-based with the onus of proof on victims to one where employers must work to actively create safe workplaces by stamping out sexual harassment.

The changes to the Fair Work Act and the Sex Discrimination Act include holding politicians and judges, previously exempt from the laws, accountable when sexual harassment claims are made in their workplace. Sexual harassment will now be a valid reason for dismissal and will also be included in the Fair Work Act’s definition of “serious misconduct”.

The report – submitted prior to high-level sexual misconduct allegations dominating the news in recent months – had found that one in three people who had worked in the last five years had been sexually harassed.

The government had come under scrutiny following Liberal staffer Brittany Higgins’ allegation that she had been raped in a ministerial office in 2019, while the treatment of women had also been queastioned after the High Court revealed an independent investigation on former Justice Dyson Heydon who had sexually harassed six former associates.

Australia’s Prime Minister Scott Morrison announced that the adoption of the report is a “game changer” and prevention must be the goal. “Stop it before it starts,” he said on Thursday. “This is a culture we have to change across our society.”

The prime minister added that the inclusion of politicians, public servants and judges in the Sex Discrimination Act now created a level playing field.

“It all starts with disrespect. That’s where it starts. I would argue not just disrespect towards women, disrespect full stop. We’ve got to be careful in our society that we don’t allow the reservoir of respect to drain, and I fear it is,” Mr Morrison said.

SA Labor MP Irene Pnevmatikos, a long-time advocate for women’s rights, said it is “small consolation that someone within the government has finally read the report and briefed the Prime Minister on it” bearing in mind “it’s been over a year since the release of the Respect@Work report” and said only a handful of the recommendations were adopted in last year’s budget. The report itself, she said, only identifies “basic requirements” for the government to adopt.

“The government’s announcement today doesn’t actually state that all the recommendation will be adopted in full. They are convening meetings of various parties and state representatives to map out a way forward to discuss the issue yet again,” she told Neos Kosmos.

“We don’t need any more meetings. We need action. There have been numerous reports done with numerous recommendations that could be implemented in a timely manner if the government truly wanted to address the issue and take action.”

Varvara Ioannou, Founder and Chair of the Greek-Australian women’s Food for Thought Network, is heartened by the recommendations which, in her opinion, will “offer a more solid regulatory framework and much-needed better support for survivors” if fully adopted.

“Substantial funding is needed to support the recommendations that have been derived through several consultations and 460 submissions and have approached the abuse of women in the workplace in a holistic way,” she said. “Let’s hope that adequate funding is made available in the next budget so that we can all look forward to more safe and respectful workplaces for all.”

The Respect@Work Report was the product of the landmark National Inquiry into Sexual Harassment in Australian Workplaces commissioned by the Coalition in June 2018 and conducted by the Sex Discrimination Commissioner, Kate Jenkins. The Government thanks Commissioner Jenkins for her leadership and work in this role.

To lead this national effort, the Government has outlined a number of measures and reforms set out in the Roadmap, including:
• The creation of the Respect@Work Implementation taskforce to deliver legislative and regulatory reform;
• Simplifying and strengthening the legal framework, existing rights and obligations for employees and employers;
• Supporting greater coordination between agencies and services to ensure workers and employers have access to consistent information.

The Government’s response also places an emphasis on preventative measures, acknowledging more can be done to prevent sexual harassment from occurring in the first place. To support preventative action at the national level, the Australian Government is also committed to:
• delivering education and training programs across a range of sectors;
• supporting targeted research and evidence development on prevention strategies;
• enhancing data collection and evidence gathering mechanisms.

Leadership from all levels of government and industry is crucial for ensuring that recommendations are successfully implemented.

More information about the Roadmap for Reform can be found at: https://www.ag.gov.au/rights-and-protections/publications/roadmap-for-respect.
If you need immediate assistance or support you can contact 1800Respect: 1800 737 732.