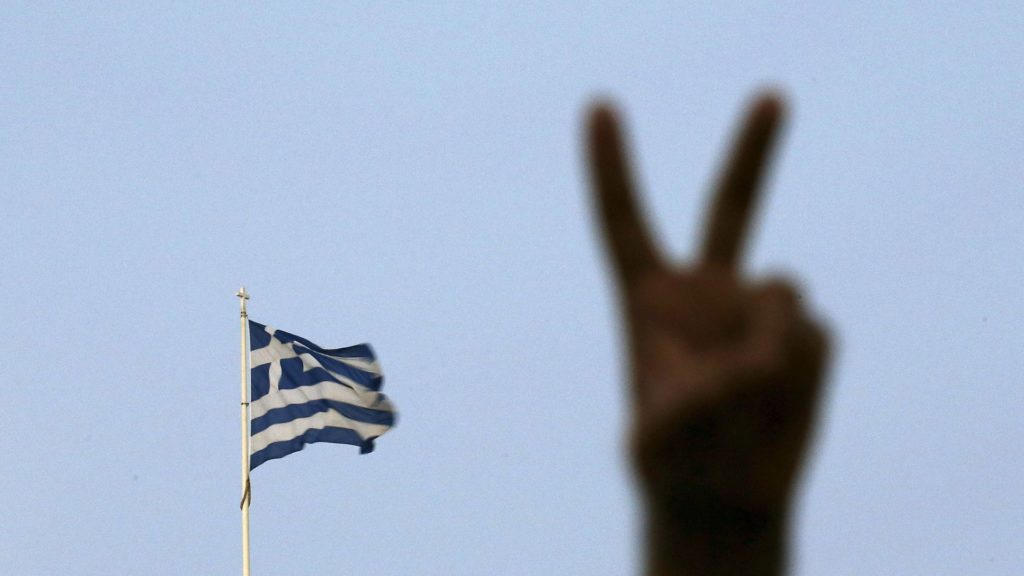 The Greek vote for Greeks abroad is wrangled in bureaucracy. Photo: AAP via REUTERS/Yannis Behrakis

The right to be able to vote in a Greek election from the place and from the country of your permanent residency, if you are a Greek citizen, was a long-standing demand of politically active first-generation migrants for many decades now. Up until December 2019, Greek citizens permanently living abroad, who were on the electoral roll of Greece, could only vote in a national election if they were to travel to their country of origin. However, as a result of a rare for Greek politics consensus, and an overwhelming parliamentarian majority, where out of a total of 296 MPs present in Parliament, 288 voted in favour of granting the right to vote to Greek citizens living abroad (New Democracy, SYRIZA, KINAL (PASOK), KKE and the Greek Solution), one abstained and seven MeRA25 MPs voted against the bill, certain members of the Greek diaspora can now vote.
According to law 4648/2019, voters living abroad can exercise their right only in person; that is in the polling stations which will be set up in embassies, consulates and suitable venues of Greek diaspora organizations. For a polling station to be set up a minimum of forty registered voters is required.

To be able to register in electoral rolls, you need to fulfil a number of criteria. You must have lived for a total of two years in Greece during the past 35 years. You must have submitted a tax return there during the election year, or the one preceding it. Exempt from this criterion are those under the age of thirty provided that a sibling has submitted a tax return statement during the above-mentioned period. You must also be able to prove your residency in Greece for a period of two years, by providing either a Greek school, or a Greek university certificate, or one from a vocational school. And, a certificate of payment of social security contributions.
On Monday though, the current New Democracy Interior Minister Makis Voridis, without any warning, announced on television and tabled to Greek parliament amendments to law 4648/2019. The 2-year period of stay within Greece and the submission of a tax return are abolished. Furthermore, the Election Directorate of the Ministry of Interior will become the new body that decides on the acceptance or rejection of the application for registration in the special electoral lists abroad and not an Interparliamentary Committee made up by representatives from all political parties. These amendments were supported so far by KINAL/PASOK and opposed by SYRIZA and the KKE (Greek Communist Party). Given the opposition, and considering the amendments need a majority of two thirds in Parliament if they are to become law, that is 200 votes, this week’s discussion and tension over the issue would not have any real impact. The law would not change.

Because of strict prerequisites, very few Greek citizens from abroad so far, roughly just over a thousand, or a few thousand according to Greek media, have expressed an interest in registering to vote through a special digital platform. Fundamentally, the only voters eligible to fulfill the criteria of law 4648 are the Greek citizens who left Greece during the economic crisis of the 2010s. The overwhelming majority of Greek citizens who permanently live in Australia, in the US or in Canada for example, even if we assume that some of them were interested in voting, could not do so, because of the current eligibility criteria. All countries, including Australia, that allow their citizens who live abroad to vote in a national election place time and other limitations. The only point of contention is how strict or how liberal the prerequisites are.

The political confrontations and the public discussion in Greece, regarding the voting rights for Greeks Abroad is quite revealing though, of the current nature of the relationship between the “mother” country and its Diaspora.

The New Democracy government for example, works under the assumption that the Greek diaspora is to a large extent conservative and a liberalisation of the relevant law will benefit the government electorally. The same assumption is also adopted by the parties of the Greek left SYRIZA and KKE and this is why they oppose the amendments! They Greek left has a phobia that indeed the Greek diaspora is mostly conservative, if not nationalistic and that the government is trying to take advantage of this. The former centre left governing party of Greece, KINAL/PASOK, a party with roots in the first-generation Greek migrant diaspora, is supportive of the governments amendments because, it was always in support of granting voting rights to Greeks abroad, but also because it thinks it can benefit electorally.

Initially, the ill-informed public debate in Greece around this issue, was talking about a potential expansion of the Greek electorate as a result of the implementation of law 4648/2019, in the vicinity of a few hundreds of thousands of new electors! The suspicion and the fear that Greeks living abroad might change in the near future the outcome of a close electoral contest is real. It is the possible practical outcomes of the implementation of the new law, that concerns everyone in Greece, not the democratic right and principle, as they state. The fact for example that by granting the right to vote to those Greek citizens who live abroad, a right that already exists in most western democracies, you are enriching and expanding your “nation” politically and geographically and you are defining your diaspora not only as a cultural but also as a political community.

As Australian, as world citizens of Greek descent, as bicultural people who wish, or if we wish to retain, to cultivate and to deepen our relationship with Greece, we must not let our country of origin define on its own, in a Greece-cantered way only, the nature of our relationship and the parameters of the public debate and engagement. We are marginalising ourselves, if the only discussion about strengthening politically and institutionally our relationship with the country of our origin, is only through “tools” such as voting rights, the advisory role (as defined by the Greek constitution) of an upgraded SAE (World Council for Greeks Abroad), etc. We need to have our own agenda. We need to broaden the scope of our discussion. We need to expand and deepen in a mutually beneficial way the relationship between Greece and its Diaspora.

Greece, its think tanks, its parliament, its government, its bureaucracy, its institutions, they all need to have and practice for example “affirmative actions” policies. Policies that enable and allow Greek origin professionals, academics, representatives and others from around the globe, to actively participate in their everyday life, in order to bring a global and a bicultural or transcultural diaspora perspective into all things in Greece. In an extremely competitive global world of formal and informal networks, such an approach can be very helpful to Greece and to its many different diasporic communities, that can act as bridges of cooperation (economic, diplomatic, cultural), between the old country and the new countries of global Hellenism.

A diasporic perspective can and has to exist and can and has to be implemented horizontally, across all arms of the Greek state and of Greek society.

A well-staffed and well-funded coordinating centre/department, headed by a permanent Minister for Diaspora Greeks, with bipartisan support and real legislative powers can also prove helpful.

Let us use every opportunity given to us as diasporic communities, in order to enrich and expand, in order to demand a qualitative and quantitative upgrading of our relationship with Greece.

To extend and facilitate voting rights to Greek citizens abroad is welcomed. However, in their dealings with the Greek state, this by no means is the most pressing issue for those permanent residents abroad. It would make a welcome change for any Greek government and political party to prioritise more immediate and more strategic concerns of the diaspora.

Kostas Karamarkos is a freelance journalist and a former staff member in the Political Office of PASOK leader and Prime Minister of Greece George A. Papandreou.