An atheist at Greek Easter 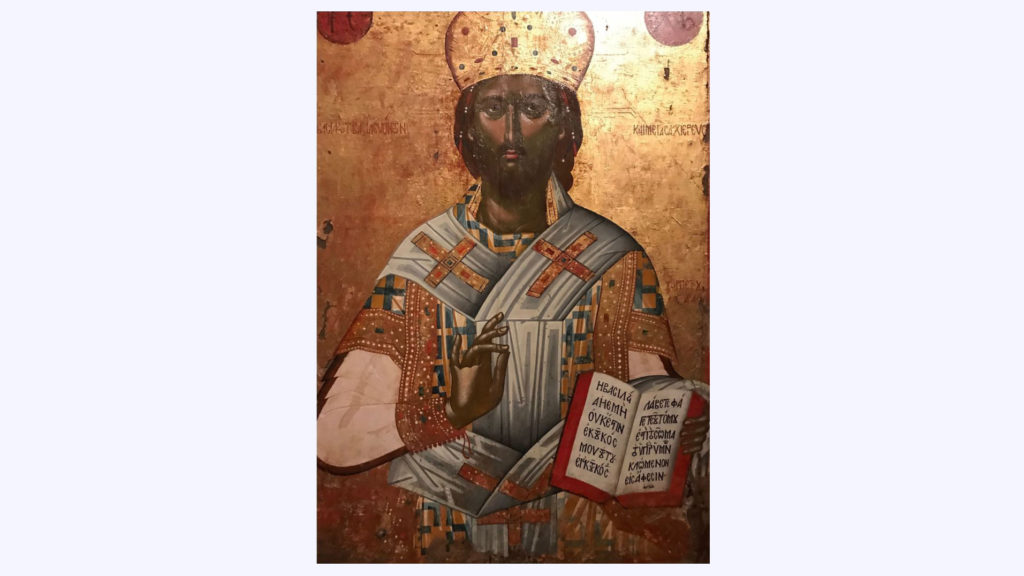 My beliefs are inconsistent with my actions, I do not believe in god, yet I participate in Greek Easter Πάσχα. I attend the ecclesia – the body of citizens – to celebrate the execution (by the Romans) then resurrection – according to some – of a Jewish Rabbi some 2,000 years ago. Resurrection as a philosophical tenet is good. Birth, life, death cycle.

In 1997 while living in Singapore, I could only find one Orthodox church, the Armenian Saint Gregory the Illuminator. The service was in Armenian, Greek, English, Mandarin, Tamil, and Russian. Inside, Orthodox Singaporeans listened and prayed. Outside, a gaggle of Greeks talked, laughed, smoked, and complained, “If the liturgy was in Greek only, we would be home eating by now.”

President Joe Biden said that the US will recognise the Armenian Genocide of 1915-1917. It is no accident his announcement came a week before Orthodox Easter. From the late 19th Century up to 1922, European eugenic views impacted on new Turkish, Balkan, Middle Eastern and Greek nationalisms. Northern and Latin European ideas of who we all should be, and not who we were, played an ideological role in the rise of the new ethno-linguistic-faith states carved out of a collapsing Ottoman Empire.

The documented genocide of the Christian Ottoman population of Anatolia (now Turkey) was orchestrated by some Ottomans, Young Turks, and some of the population. Estimates range between 1.5 million to 3 million Armenian, Greek, and Pontic Greek Orthodox Christian deaths. The suite of terror included, forced conversions to Islam, rape, torture, the burning of towns and cities, death marches, and mass expulsions.

READ MORE: How your second pandemic Easter will look different from the first

The Eastern Mediterranean world has been “ideologically cleansed” and “disciplined through Northern gaze” (Chambers:2008). Now, there is even less space in the Anglosphere’s narrow view of ‘colour’. A Turkish Muslim person in Australia, or the US, is a ‘person of colour’, whereas a Greek, or Armenian Christian, originating from the same region, and of similar skin-colour, is ‘white’.

Professor Ian Law from the University of Leeds talks of how Northern European, eugenic racial theories influenced the architects of modern Turkish nationalism. He points to Justice Minister Mahmut Esat Bozkurt (1924 to 1933) who called Greeks, Armenians, and Kurds “half breeds” and “mongrels” that are fit only to be “slaves” to Turks.

Greek irridentist nationalism was also influenced by European and British notions of Hellenism. The British may have used Hellenism as a loadstar but came to think of Greeks in Greece as a “half oriental breed.” Fantasies about retaking Constantinople and the vision of a ‘Greater Greece’ led to the catastrophic Greco-Turkish War of 1921-22 and validated the rationale behind the ethnic cleansing of Greeks.

Therefore, my eastern gaze finds its apotheosis every Easter. On Easter Saturday I go to church just before midnight with a candle wrapped in a foil windbreaker. My son and maybe a friend come with me. Family and friends stay home to prepare the meal. In church we wait for the ‘holy light’ from Jerusalem or Constantinople, I’m not sure where.

At the stroke of midnight when apparently Jesus arose from the dead, we join the chorus of parishioners to sing ‘Christos Anesti’, or ‘Christ has Risen’. After the ceremony we assemble at someone’s house to eat avgolemono soup (egg and lemon soup) and compete at breaking each other’s dyed eggs. On Easter Sunday smoke from charcoal spits climbs from across backyards as the Greeks feast on Passover’s slaughtered lambs.

Tradition, culture, and family? In part. More important for me is the rip in the fabric of contemporary life. For a moment in time, a ceremony unfolds that goes back to the Byzantium. Whether I am in a church in Istanbul, Melbourne, Athens, or Singapore, a liminal space opens of a scene unchanged since 340CE.