They went to Greek school under protest. They endured the experience for years. However, they now see the benefits of attending and learning Greek. Join Thomas Andronas and a group of 20-somethings as they reflect on their experience at Greek school. 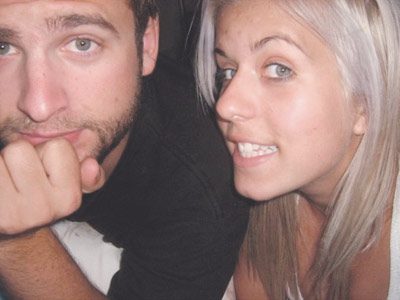 EVERY Saturday for 13 years I woke up at 7:30am. My friends were all heading to footy and cricket, where they would spend the day running around with their mates and having a great time. I was on my way to Greek school, and I hated every minute of it.

I would kick and yell and scream, I would fake sickies and throw tantrums. I would try to guilt my parents by saying, “How come I don’t get to play footy like everybody else? You’re making me fat by sending me to Greek school!”

Yet I soldiered on, and now I know it was the best thing I ever did.

As I grew older, I came to appreciate just exactly what I was doing. Going to Greek school was not so much about learning the language, but more about learning about my ancestry and heritage, and learning to maintain the cultural traditions that my parents and grandparents grew up with.

I was one of the apparent few that actually finished VCE Greek. I even went on to study the language at tertiary level, but dropped it in my second year at uni. Even having studied Greek that far, I still regret stopping in the end, because though my language skills are very good, I still struggle at times to express exactly what I want to say.

Of my 13 years at Greek school, I spent about 10 of them sitting next to my good mate George Vlahos. We spent hundreds of hours reading out loud, translating paragraphs, reciting grammar, writing essays, and driving the teacher to distraction with our endless antics. When I asked him whether as a kid he liked going to Greek school, he replied quite bluntly, “What do you reckon?!” Another friend, Sylvia Moutafis, who lived in Lakes Entrance as a kid, expressed her extreme dismay at the weekly drive to Maffra, two hours away. “I hated it,” she says. “I used to do everything I could to get out of it. It was the bane of my existence. The teacher used to hit us with his ruler!”

The trend continued with my sister, Kyra Andronas, who said that she hated the teachers, hated the classes, and just didn’t want to be there.

And yet all agree that continuing through to the end was the right thing to do, as it has opened up all sorts of opportunities to them after the fact.

Sylvia has just returned from an extended stay in Europe and recalls how knowing Greek not only helped her find a job in Greece, “in 20 minutes flat,” but assisted her in working at a hostel in Budapest where there were a lot of Greek tourists.

Similarly, on the other side of the world, Kyra now works at the Hellenic Museum in Melbourne. “I’m currently in a job where I use Greek every day,” she says.

“The other day I was helping an elderly couple around the museum and could explain to them what the pieces were and where they came from. Knowing Greek is fantastic because it gives us a link with the older generation and the ability to teach the new generations.”

George even recalls a situation where knowing the Greek language helped him make a sale at work. “Another employee was having trouble communicating with a Greek couple who spoke very broken English. Speaking to them in Greek made them feel more comfortable,” he says.

Interestingly, my cousin Gayle Athanasiadis, who stopped going to Greek school after Year 8, now regrets quitting so early. “When I went to Greek school it was good because I could carry a conversation in Greek, but now I can’t really.”

Gayle maintains, however, as do many others, that giving up such a large chunk of time on a weeknight or weekend just wasn’t an option for her. “If my regular school offered it as a LOTE I would have continued,” she says.

Unfortunately many schools are dropping Greek as a LOTE due to lack of demand, and the abundance of out-of-hours private language schools.

Although, the one point that everyone agrees on is that it is important to ensure that future generations continue to learn the Greek language, culture and traditions.

George says, “I’ll send my kids to Greek school for the same reasons that my parents sent me, so that we don’t forget our history and culture.”

Kyra wants her future children to have the same experience of being bilingual as she has had, and Sylvia concedes that it would depend on her partner’s wishes, but would like her kids to be able to speak Greek.

Even Gayle, who took the early exit option, says that she would like her kids to learn Greek.

“I would probably send them to a school like Oakleigh that offers Greek as a LOTE subject.”

But most importantly, I just want them to be able to speak another language, because language is the gateway to the world. It is an invaluable experience.