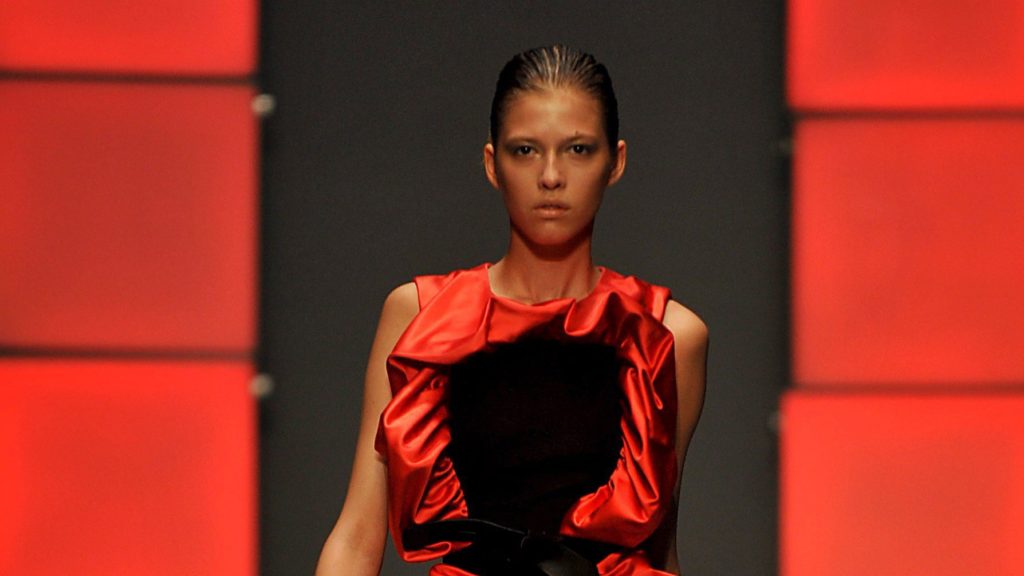 Marios Schwab is one designer who made a big splash at London Fashion Week last week.

Half Greek, half Austrian, Schwab studied in Germany and now lives in London. After working with menswear designer Kim Jones, Schwab started his own business designing clothes for young, fashion forward women.

He was awarded Best New Designer at the British Fashion Awards in 2006 and the Swiss Textiles Award in 2007. This year he has emerged as one of the biggest names in the U.K, garnering praise for his inventive and experimental take on colour and form.

His signature style is all about combining intriguing new shapes and jewel-like tones to produce sculpted and figure-accentuating dresses.

Titled “Expansion,” this season’s collection was inspired by the idea of crystal fissures, how rocks are affected by climate change and how, over time, this results in the expansion of minerals eventually causing the surface of the rock to crack. It sounds scientific, but the collection was very sexy and sophisticated.

Vivid reds and cyans were joined other light-catching shades and tulip-shaped skirts were fastened simply with high waisted belts. The crystal-inspired jewellery was created by Schwab in collaboration with jewellery designer Ileana Makri.