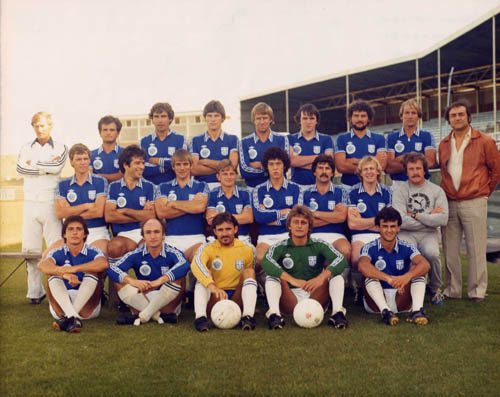 Over the years, the South Melbourne Hellas vs Heidelberg Alexander derby has seen some fantastic battles in front of appropriately large crowds.

Fittingly, Heidelberg (or Fitzroy Alexander as they were known in the early period of their history), were the first ever opponents of the newly-formed South Melbourne Hellas team in 1960. South lost the friendly match 3-2 but would then go on to dominate the Bergers in the 1960s.

One of the most memorable wins for South against the Bergers in that decade was a 7-3 win at Middle Park in the league in 1967, with Boulis Kambouropoulos, Ulysses Kokkinos and Leo Damianakos all netting doubles, with Jim Pyrgolios scoring the other goal.

Another memorable win was the 7-1 triumph over Heidelberg United in the Quarter Final of the Docherty Cup in 1970, with Geoff Gould netting a hat trick, Ernie Ackerley a double and Jimmy Armstrong and Ian Marshall chipping in with one goal each.

While South dominated League and Cup meetings between the two sides throughout the 1960s and early 1970s, it was a much different story in the late 1970s and early 1980s once the National Soccer League commenced.

Heidelberg could not stop beating South in the NSL and NSL Cup until South stopped the rot in the 1984 season.

South completed a clean sweep of the Bergers that season with a famous come-from-behind 4-2 victory in the Southern Division Grand Final (Crino with a double, Alan Davidson and Yzendoorn with the other goals) before beating Sydney Olympic to win its first NSL championship.

Yesterday’s match was the 68th league derby between South and Heidelberg (both in the Victorian Premier League and the National Soccer League).

Overall South has bragging rights, with 35 wins compared to Heidelberg’s 16 wins. There have also been 16 draws.

However the Bergers have won the last three derbies. History has shown that there are usually goals in these games, with only six goalless draws in preceding 67 contests.