The polls and the Queensland election 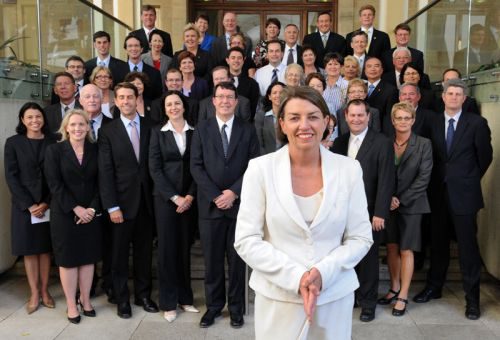 The Queensland state election has come and gone, with Labor’s Anna Bligh making history by becoming the first woman to win a state election (as distinct from an election in the territories) as a leader of one or other of the major parties.

The Liberal National Party’s Lawrence Springborg also achieved something of an historic outcome by being the first leader of the LNP – a new party formed out of an amalgamation of the previously separate Liberal and National Parties.

Unfortunately for him, Mr Springborg will probably only be remembered for losing three state elections in a row.

While the intricate details of the final outcome might be of interest only to people resident in that state, the Queensland election did, in general terms, have an impact nationally not the least because the overall outcome appeared to defy expectations of either a close result or an LNP victory.

Amongst those anxiously awaiting the LNP’s fate was besieged federal Liberal leader Malcolm Turnbull whose supporters desperately need a morale boosting win somewhere, in order to ward off the looming leadership challenge from Peter Costello.

The source of this expectation was the opinion polls conducted during the campaign period.

These polls were all generally noting that there was a swing trending towards the LNP, and that voter support appeared to be running 51-49 percent to Mr Springborg’s new party.

On the basis of this information commentators began to extrapolate electoral scenarios, all of which were proven to be far from the mark. These ranged from predicting a ‘hung parliament’ through to Ms Bligh’s defeat.

When neither of these outcomes occurred, those responsible for making these fanciful predictions blamed the polls.

In the meantime, post-election analyses have tended to write this election off as a disaster for the LNP.

This is not a completely accurate view of the contest, either.

Deficiencies in the prediction of outcomes in Queensland lie with the commentators rather than the polls.

Indeed, as it turned out, the polls were pretty accurate. There was a swing –  about 3.6 percent on primary vote – to the LNP.

The critics appear to be arguing that the polls were deficient because they did not accurately predict the final two-party vote (this will always be difficult to do in Queensland anyway because the state uses an optional preferential system).

It must be remembered that polls rarely get the final figure correct.

The sample size used is too small and all polls warn of a potential error of anywhere up to four percent.

The last federal election is an example of this problem.

All through the 2007 campaign the polls predicted a Labor two-party vote between 54 to 56 percent.

The actual outcome was closer to 52 percent.

The main utility of the polls is to detect trends rather than actual outcomes.

In the case of Queensland, the polls did their job.

They accurately recorded that there was a swing to the LNP (it turned out to be about 4 percent) and that the government would lose seats.

Labor has indeed lost seve seats, and the Greens (a former Labor MP who joined the Greens) lost one seat.

The LNP thus won 8 seats in its first election as well as securing a primary vote of over 41 percent.

It must be remembered that the swings in this election are judged against the result of the last election – a contest that Labor’s Peter Beattie won in a landslide, assisted in no small way by an implosion in relations between the National and Liberal parties.

The merger of the non-Labor parties was meant to overcome such internal bickering and allow them to concentrate on the main game of defeating Labor.

Although it did not win the election, the LNP did achieve the objectives of campaigning against Labor rather than against each other, of securing a swing and securing seats.

The prospect of the LNP making up the ground needed to be able to win government in its own right – a swing of 8 percent and a transfer of 22 seats – was never realistically going to happen.

Indeed, the much maligned polls confirmed this by finding that the two major parties were polling basically equal levels of support.

Although it failed to win this contest, the LNP had a reasonably good election. It appeared to be campaigning well by concentrating on Labor’s weaknesses, and this was rewarded by winning some seats.

While it remains to be seen if the LNP can survive as a single entity long term, it is certainly the case that, as a consequence of its performance in this election, the new party is in a much better position to win the next election in terms of the benchmarks it would need to achieve (in terms of swings and seats) than it was in the election just held.

Dr Economou is a senior lecturer in Politics at Monash University