Katerina Kotsonis who plays “Katerina” in Cafe Rebetika discovers herself, Smyrna and a love for the lyra. 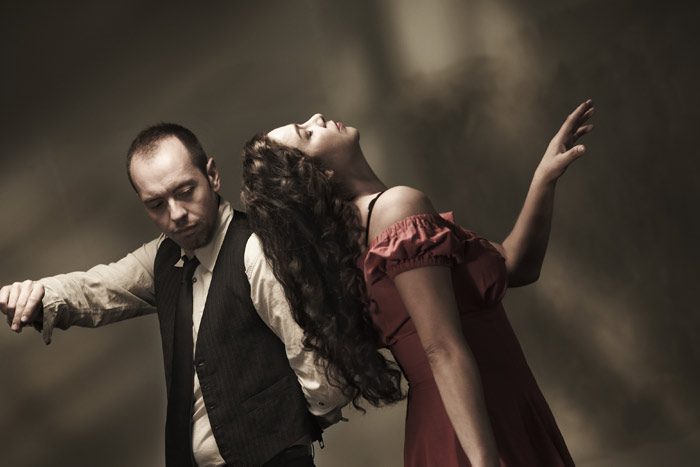 As Katerina says to Neos Kosmos English Edition (NKEE) “The Cafe Rebetika seed was already planted when I entered the scene.  Stephen Helper suggested that a prostitute was needed in the ‘teke’ and I was recommended to join the creative workshops.

“From there our ensemble researched and talked to experts who were knowledgeable of the events and the music of the time.”

She goes on to say, “When I first met Stephen I knew he was passionate and honest about what he wanted to do.

“I clicked into his vision of Cafe Rebetika from the onset.

“He has given us the freedom to explore, suggest, change, confront and complain (which Greek doesn’t?) in order to concrete our character’s journey.  I love Stephen. Funny how this Philhellene brought the Greeks together to create something universal.”

Anyone of Greek-Australian background instinctively has a connection with the music and history as Katerina highlights. “Even during performances I can feel the humming and the tapping of feet when certain songs are sung.

“I’m sure most people will remember the rebetika blaring from the tape decks of their dad’s or uncle’s Ford or Holden.”

Yet it is the theatricality of the production which is important, “The main thing is that the journeys of the characters which are important, the angst, loss and displacement as well as the pure drive to survive in a society which ignores them and hunts them down, and this is an instinctual thread that we understand.”

Katerina, like all the actors in Cafe Rebetika, is required to sing, something that she fears. “I’m not a singer but I had to confront my fears and just do it. We all sing in the play and we had the wonderful Achilles (Yiangoulis) and the Rebetiki band for support.

“But to me it wasn’t about having an amazing voice- it was about where that voice came from- the feeling, emotion and meaning of one is singing. It comes from the gut.”

Every character in the play is imbedded with feelings of sorrow, loss and love.

“There is no judgement in the teke (hash den)” says Katerina, adding,  “everyone is accepting of one another’s flaws, Katerina (the prostitute) is a part of the same sub-culture as the rebetes.”

Katerina the prostitute is a refugee from the Great Catastrophe, the burning of Smyrna in 1921 and is driven to survive and her outlet is the music, the teke and the people in it.  “They are her family and she is part of their family” says Katerina, the actor.

She adds, “Women who mixed with rebetes and manges were quite independent women who knew the world around them.”

Katerina is keen to learn to play  lyra from the non-Greek Paddy Montgomery who plays in Rebetiki. She wants to brush up on her singing skills and form an all female rebetisa band and I would like to walk the streets of Smyrna (now Izmir ).”