History and nature combine to create deep magic, when two of Crete’s most ecologically committed hosts offer a unique experience for the traveler like MIKE SWEET who searches for more than ordinary fare. 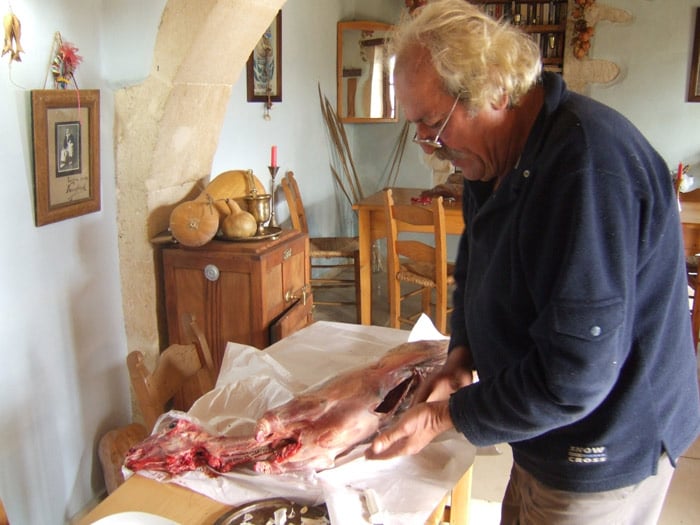 It’s a short drive from Chania into the natural beauty of the Armenoi district, and a relief to be away from the kitsch of Chania’s old town, which at this time of year attracts the first streams of this year’s tourist swarms to western Crete.

They mill through the alleyways, past the shops selling ‘Miss Kitty’ towels and the other globalised tat that blights this and other popular tourist destinations.

They search for something picturesque, ancient, serene. Perhaps some feel they have found it here, but discerning travelers will find far more rewarding experiences to be had close by.

Thirty minutes away, turning south off the national road to Rethymo at Megala Chorafia, you are thankfully, in another world.

The road to the village of Maheri weaves through groves of avocados, oranges and olives, as it rises into the foothills of the majestic White Mountains in the distance.

A hairpin bend in at the end of small valley leads up to Maheri, and on the one road upon which the village sits, Roula Kastrinaki, creator of Kamares is outside to greet new arrivals.

Kastrinaki, originally from Chania, began work on Kamares 20 years ago with Costas Papadomanolisakis whose family has lived in Maheri for generations.

In the distance the Ottoman castle of Koules looks out towards Souda Bay.

Swallows glide and swoop, darting into a nest in the Kamares kitchen. Below in the Kamares gardens, organic fruits and vegetables of every kind provide the ingredients for most of the meals prepared.

Last year Kastrinaki was persuaded to run as the Green party candidate in the local elections.

Though New Democracy won, many electors warmed to her message.

Roula however points out that she has no major ambitions to be a politician, preferring the role of citizen campaigner for change.

In November, Kastrinaki will be involved in a new environmental project aimed at protecting the unique marine eco-system that exists between the islands of Gavdos and Gavdopoula, south of Crete.

A kindred spirit, Manolis Kindelis owns and manages a farm 3kms south west of Chania that his grandfather bought in the 1900s.

Built more than 350 years ago, Metohi Kindelis is today a working organic fruit farm of 3.5 hectares.

Kindelis remembers visiting the farm as a child when it produced mandarins and olives.

The large stone Venetian farmhouse, with an inner pebbled courtyard and dwellings (where farm workers and their families once lived), has been converted into simple but superb accommodation.

Look out of the tall windows of the Kynthia guestroom to the courtyard below and it’s Tuscany that you see.

Inside, high ceilings, period furniture, a fridge stacked with organic delicacies, and hidden in an antique Chinese armoire, a CD player with Manolis’ eclectic mix of jazz, classical and new age titles.

This is no formulaic five star experience. Here imagination and sensitivity ensure that the farmhouse remains true to its origins, while just the right creature comforts are on hand.

Perhaps the real magic of these special life-enriching places is that a kind of alchemy has taken place.

The history of the simple village of Maheri, its traditions, its lore of the land, and its relationship to nature has been re-cast.

No less so, at the Kindelis family’s ancient farm. Manolis Kindelis and Roula Kastrinaki share an understanding of life and nature. It’s a vision as rich and healthy as the elixir-like olive oil made at Kamares, and the succulent fruit of Metohi Kindelis.

Kamares Houses, Metohi Kindelis and other special places are represented on Crete by Diktynna Travel, Chania. Contact Maria Mylonaki at sales@diktynna-travel.gr for bookings and further information.
Europrent Car Hire offers some of the best deals in Chania for car hire. Contact Europrent at: europrent@europrent.gr