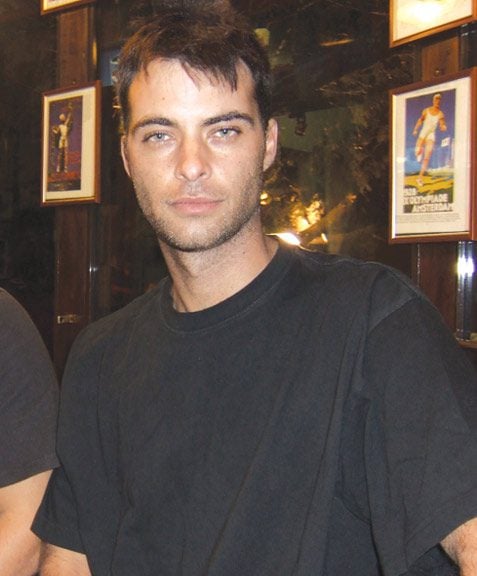 On April 25, Greece traveled to Luxembourg’s Stade Josy Barthel, where a narrow victory over the home side kept the Hellenic Rugby World Cup dream alive.

Trailing 14-10 with only seconds to go, scrum-half Vassilis Katsakos crossed the line to record a dramatic victory that took Greece to the top of their FIRA (Association of European Rugby) Group 3C.

Though victorious, the young and demanding national coach Nicolaos Petropoulos wasn’t a happy man. The perfectionist coach felt that the team underachieved.
Petropoulos learned his rugby at school in South Africa but admits some aspects of his coaching come from an unlikely quarter.

As a professional Latin dancer, Petropoulos has represented his country on the world stage and this modest 32 year old is confident that Greek rugby can benefit from techniques usually applied on the dance floor.

It’s a long road to the Rugby World Cup hosted by New Zealand in 2011.

To take one of the two European qualifier positions in RWC 2011 that are available to teams without a world ranking, would mean winning most if not all their games in a grueling RWC qualifying process over the next 18 months, against ever steeper competition.

The development of rugby union in Greece has been a hard slog.It was only in 2004 that the Hellenic Rugby Federation was formed.

Wins against Bulgaria and Luxembourg last month were a major achievement and have revitalized Greece’s fortunes since losing at home to Israel, the group favourites, last November.

Petropoulos was born in Athens in 1977 but his family emigrated to South Africa when he was an infant. They called him a Greek Boer at school but  Petropoulos would return to Greece as an aspiring young man.

Playing rugby at schools inter-provincial level was applauded by his peers, but his passion for dance was something less acceptable.
‘I suppose dance filled up some of the missing aspects of my life.’

Nikos’ dream of returning to Greece was realised in 1998. Back in Athens he met Eygenia Kougia who became his dance and future business partner.

In 2000 they established their own dance school in the Dafni district of Athens. Petropoulos was offered the post of national rugby team coach in May 2008.

As far as continuing the winning streak (the next RWC game is in October), Petropoloulos is clear what is required.  ‘We need good psychology and a bit of luck, but the players are very motivated’  says Nikos with pride. ‘We’re a band of brothers’. Go Hellas!

For more information on the national team and Greek rugby go to www.hellasrugbyunion.com and www.sportingreece.gr Facebook group: ‘Greek National Rugby Team’ – for all players and fans.