Discover all you need to know about Michalis Hatzigiannis in the run up to his tour of Australia in October 2009. 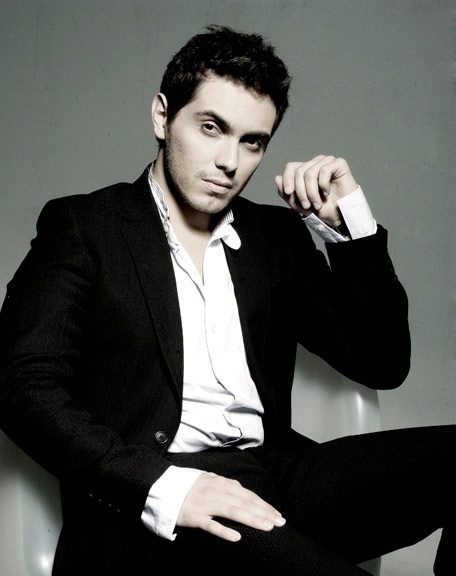 The 2009 Greek concert bill in Australia has already delivered the goods with big names such as Ploutarhos, Arvanitaki and Sfakianakis having performed or due to perform in the next few weeks. But really, the fun has only just begun.

Be prepared for a long season filled with non stop Greek acts visiting our shores.

Add the name of Mihalis Hatzigiannis to the list as he has officially announced a tour to Australia in October 2009.

Hatzigiannis began his career in his birth country of Cyprus. He has released three records that have achieved platinum status.

Hatzigiannis represented Cyprus in the Eurovision Song Contest 1998, performing a song of his own called Genesis which landed him 11th place in the competition.

He broke into the big time in Athens with his collaboration with composer Giorgos Hatzinasios and poet/lyricist Mihalis Bouboulis.

The Greek singer established himself with the song Anigma Psychis which was released in December 1998. The album went platinum and produced another popular single To Soma pou Zitas.

Hatzigiannis released his debut album in Greece Paraxeni Giorti in March, 2000. The record included the works of various big name composers and lyricists and subsequently ended up being one of the biggest hits of the year.

The great success of his debut album was a landmark career move for the young singer-songwriter – Hatzigiannis performed live in Athens to sell out crowds.

He appeared with numerous stars of the Greek music scene including Haris Alexiou.

His second solo album Krifo Fili  was release in 2002 and was a commercial success in Greece, going platinum three times.

The songs Eisai Edo, To S’agapo and Kapnos Apo Krifo Fili established Hatzigiannis as a firm favourite with lovers of Greek music.

The national tours kept coming, and after releasing a five song EP in 2003, Hatzigiannis performed a record 63 sold out shows for the duration of the Greek summer.

He performed at the closing ceremony of the Olympic Games in Athens and went on to make 100 more appearances in Athens and Thessaloniki alongside veteran Greek performer Paschalis Terzis.

Hatzigiannis broke into the international circuit with a solo tour of Australia in October 2005 and in 2006 when he toured Canada and the US with Giorgos Dalaras.

His fourth studio album Filoi Kai Ehthri released in December 2006 produced yet another three hit singles. Last year, Hatzigiannis was back on the international road touring the US and Canada, but this time as a solo act.

Keep your eyes on www.greeksingers.com.au for further details on dates and venues.