Empire of the Sun shining on Greece’s Music Charts 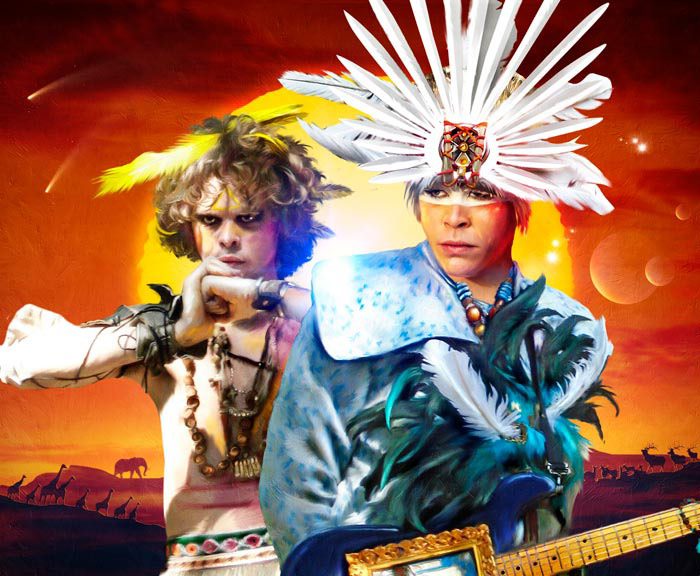 Empire of the Sun. Success in Greece.

Question: What do you get when you marry one half of Aussie dance phenomenon Pnau with one part of the alternative rock group The Sleepy Jackson?

Empire of the Sun is presently enjoying the number one spot on the Greek charts for the third week in a row, and we Greek Australians are super proud.

Their first chart success was for the single We are the People, which peaked at number 10 on the Aria singles chart here, and reached number 64 on the UK singles charts.

Luckily for the boys, their song has managed to stay on top of the charts in Greece for some time.

Their debut album of the same name was first released in late 2008 and to date has achieved certified platinum status in Australia.

The band will be touring next month for the first time despite previous suggestions that they would remain a studio act.

Alongside Lady Sovereign and La Roux, Empire of the Sun will be on stage at this year’s Parklife Festival during September and October.