Thumbs up to the 2009 Greek Film Festival

A big tick is due to the organisers of the Greek Film Festival for providing Melbourne with a showcase for contemporary Greek cinema, which encompasses the poetic and the provocative, the lyrical and the raw, the real and the absurd. 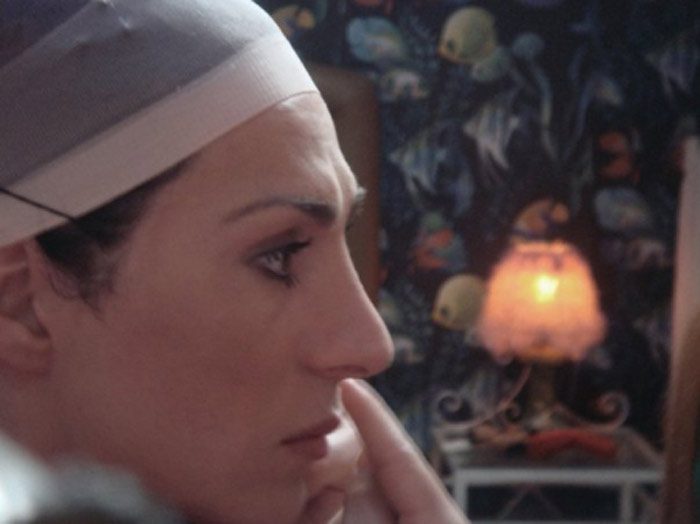 The 16th Greek Film Festival drew it’s curtains on the weekend having restored its reputation.

Over 4,000 Greek-Australians turned up to see at least one of this year’s high quality line-up of films from Greece, Cyprus, the Greek Diaspora and Australia, according to Festival organisers.

The Greek community has given the Film Festival a vote of confidence with attendances higher than anticipated.
Sold out sessions took the organisers by surprise; the second generation Greek-Australians responded by participating in higher numbers and Generation Y showed a strong interest making the Greek Film Festival one of the most successful cultural events for 2009.

Over 4,000 Greek-Australians turned up to see at least one of this year’s high quality line-up of films from Greece, Cyprus, the Greek Diaspora and Australia, according to Festival organisers.
Some films proved to be particularly popular, prompting the organisers to schedule extra sessions to keep up with the demand.

This is not surprising since the Greek Film Festival’s (GFF) screenings were accommodated only in one cinema in one venue, raising questions and even the ire of patrons who had to queue at the door while waiting for the cinema to get ready for their session.

The comedies Bang Bang Wedding and First Time Godfather were a big hit in terms of ticket sales while there was also extra demand for The Last Homecoming, I’m dying for you, Just Broken Up and S.E.X, with most sessions running almost to full capacity.

Greek Film Festival director Penny Kyprianou expressed her satisfaction with the GFF and said ticket sales and feedback about the quality of the movies were strong indications of the Festival having achieved its goal.
It’s the first year that Ms Kyprianou managed the GFF and found the experience challenging but rewarding: “It feels great!” she said. “It’s been very promising to see some sold out sessions.

Generally it’s been a great festival and it has attracted [a] new audience.”
Ms Kyprianou said that there were higher numbers of generation Y Greek-Australians watching Greek films this year, some of whom gave surprising insights into the art of film-making and had a sound knowledge of international cinema.

Greek Film Festival stalwart Kostas Markou agreed that there has been a generational shift in the audience for the GFF. “Three or four years ago we had more first generation Greeks, those over 50 coming to the Festival. This year they were not the predominant group. I noticed more third generation Greeks, people in their twenties, coming to watch Greek movies.”

One element that remained unchanged over the years is that more women attended the festival than men. This is not surprising to the organisers who are used to seeing more women of all ages populating the cinemas.
The organisers were also delighted with the non-Greek presence at the GFF.

It is considered to be one of the stronger indications of growing demand for Greek movies.
The screening of award-winning Dogtooth at the Melbourne International Film Festival could have contributed to the stronger than usual interest for the art house films, which were part of the GFF.
Most of these films were very well received.

The visually sumptuous and controversial A Woman’s Way: Strella was the art house favourite according to Ms Kyprianou.
Dogtooth, with its confronting take on family relationships and human existence, elicited a strong response from those who watched it. It is not unusual that cutting-edge films might polarise opinions but it is important that these films are accommodated in the festival.

Feature films were also very popular. The Last Homecoming, a surprisingly good film with poetic qualities, was a crowd winner while Well Kept Secrets, Athanasia was well-liked with substantial attendances in all its screenings.

Mr Markou said there was a lot of interest about the directors and locations of the films, the availability of DVDs for some movies screened at the GFF but also about the future of the festival, its timing for next year and the venue.

Comments were made to Neos Kosmos English Edition (NKEE) about the absence of local film-maker Alkinoos Tsilimidos’ from the GFF and also Ana Kokkino’s latest film Blessed in contrast with the inclusion of My Life in Ruins which, many cinema goers felt, did not contribute to the festival’s profile.

Ms Kyprianou said the GFF will be running an online survey through its website to get further feedback and gauge the community’s reaction to the GFF.

The GFF in Victoria is under the auspices of the Antipodes Festival, which is run by the Greek Community of Melbourne and Victoria.

It is also part of the National Network of Hellenic Festivals, a coordinating body currently based in Sydney.
The GFF is underway in Sydney until the September 20, Brisbane starts on the September 25 for three days then Adelaide on October 1 for five days.