South Melbourne has announced that Vaughan Coveny will take over the vacant senior coaching position in 2010. 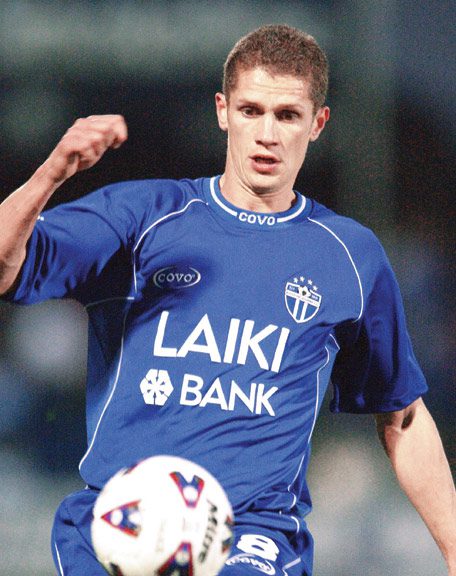 One of South Melbourne’s greats has been unveiled by the club as senior coach for the 2010 premier league season.

South Melbourne announced that the legend would be taking over after parting ways with Michael Michalakopoulos and his assistant Phil Peladarinos following the conclusion of South’s 2009 season.

Coveny will now coach the club that he has spent twelve seasons at as a player in both National League and at Premier League levels.

Coveny represented South in 295 league games, making him the third highest games holder at South, behind only Paul Trimboli (430) and Steve Blair (338).

He has also scored 102 league goals for the club, with only Paul Trimboli (115) ahead of him.

Affectionately known as the ‘Horse’, Coveny won two National Soccer League championships with South and was part of the team that represented the club at the FIFA World Club Championships in Brazil in 2000.

Other trophies he has won during his time at Bob Jane Stadium include the NSL Cup, Dockerty Cup, Tynan-Eyre Cup and Hellenic Cup.

During his playing career, Vaughan was a key member of the leadership group, captaining the club in the NSL and remaining an important role model in the VPL. As such, he has proven to be a true leader on and off the field, assisting the coaching staff in grooming the young up and coming footballers.

Speaking to South Melbourne’s website (smfc.com.au), Coveny indicated his excitement about starting his new role at the club. “I am honoured to have been given an opportunity to serve this great club as both a player and a now as a coach.

“I am confident that along with my assistant David Lugli and the rest of the football staff at SMFC, we can bring the success to the club which I have been fortunate enough to experience as a player”, Coveny said.

Coveny will be assisted by David Lugli, who has been appointed as Assistant Coach for the 2010 season. David has been coaching the club for one season already, successfully guiding the Under 21 side to second place in the 2009 season.

He has also played a major part in the development of many juniors over the years and will provide invaluable assistance to Vaughan and the Football Department.