Thessaloniki Film Festival celebrated its 50th Anniversary and Bill Mousoulis was there to partake! 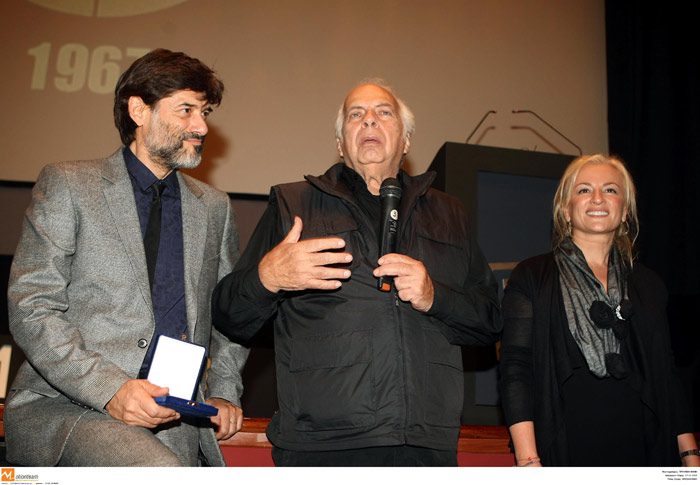 This year, the Thessaloniki International Film Festival (TIFF) celebrated its 50th edition in triumphant fashion. From November 13-22, it not only commemorated its history (with special screenings and publications), it also gave us many glorious new films to savour, as any good film festival should.

I knew I was no longer in Melbourne when, in the week leading up to the festival, a five-hour overview of the festival was presented on television, one hour each night covering a decade of the festival’s history. When the Melbourne International Film Festival turned 50 barely anything happened to mark the anniversary.

Thessaloniki International Film Festival (TIFF) is a major film festival in Europe. It does not occupy the “A-list” like Cannes, Venice or Berlin, but it is certainly a solid, respected one, alongside San Sebastian, Karlovy Vary, Locarno.

Actually, it is a blessing that TIFF isn’t a glitzy, red carpet affair, to which Hollywood stars converge. Its guests are slightly more art house such as this year’s key guests, Werner Herzog, Jane Birkin, and Goran Paskaljevic.

TIFF has always been a significant event for local Greek directors. When it began, in 1960, it was simply a showcase for Greek films.

As the years rolled on, the festival would incorporate some non-Greek films, but it was only in 1992 that the festival truly transformed into an international one in both character and name.

However, despite this change into an international event, TIFF remains to this day crucial for Greek cinema: in fact, every year, most Greek films screen at it, and it indeed hosts the National Film Awards.

Let’s back-track to the festival’s inaugural year, 1960. In that year, four feature-length Greek films screened, including The River by Nikos Koundouros.

This year, the festival had a ceremony commemorating that first festival, by re-screening The River , and giving special awards to director Koundouros now 83-years-old and his assistants on that film, who included Costas Ferris, a noted director in his own right, of Rembetika and other films.

It was a remarkable evening, re-uniting Koundouros with his former crew members.

One-foot-in-the-grave jokes aside, Koundouros delighted the audience with anecdotes from the time of the making of the film.

Koundouros is a significant figure in the history of Greek cinema, because his first two features Magic City (1954) and The Ogre (1956) were noted Greek films at the time and indeed hold up today as excellent works.

The Ogre features comic legend Dinos Iliopoulos in a chilling dramatic role. Set on the banks of a river, which functions as a border between two camps of a war (an unspecified, fictional war), the film is a portrait of four different sets of people, people away from their normal living quarters, people affected by war.

The best scenes revolve around a romantic-tragic couple and a young boy and young girl.

In fact, the episode between the two children has to be one of the best depictions of child friendship/interaction the cinema has produced, with both young actors giving free and confident performances.

And Greek cinema of 2009? Is it as good as Koundouros? Can it match Angelopoulos? Unfortunately, as had been mooted in the months leading up to this year’s festival, most Greek producers and directors decided to boycott this year’s festival, refusing to screen their films so as to bring attention to their industrial scrape over a lack of government funds and lack of support from associations.

So about 24 feature films, including Cannes award-winner Dogtooth, were not screened.

Some directors however disagreed with the strike action and went ahead with screening their films, and other films were programmed anyway as per normal, including the The Digital Wave section, and a couple of co-productions with other European countries.

Small Revolts (dir: Kyriakos Katzourakis), is a fine film about domestic abuse; A Matter of Luck (dir: Vassilis Nemeas), is basically a conventional, but enjoyable comedy about a mental patient; and The Will of Father Jean Meslier (dir: Dimitris Kollatos), a dry meditation on religious calling.

Congratulations TIFF on an amazing 50 years!