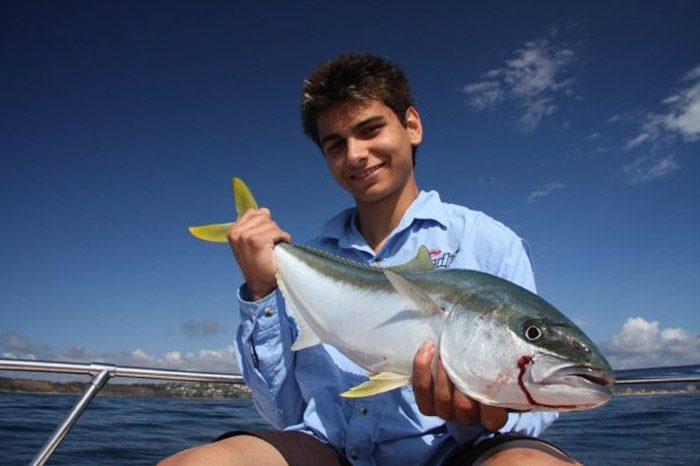 Friends of 17 year-old car accident victim, Bobby Vourlis are urging young people to resist the urge to speed because, “the only place it will get you is to a cemetery.”

Vourlis, along with friends Kelsie Coleman, 17, and Chris Naylor, 19, were killed as their Ford Falcon XR8 lost control in the wet conditions and slid into a pole on Sydney’s Great Western Highway on February 7th, 2010.

Whilst Vourlis, who was in the passenger seat died instantly, two other girls in the back seat, aged 16 and 17, survived and underwent surgery for leg injuries.

“The problem with young drivers these days is they feel invincible and they take life for granted thinking it (death) won’t happen when in fact there’s a good chance it could,” said Vourlis’s friend, Emanuella Camaj to Neos Kosmos.

“”When ever a young driver walks out of there house, I want them to think of their family and friends before they start driving and hopefully they will think about how it will affect them if they were to go out and race and drive silly.”

Although crash investigators have no evidence that the car was speeding or street racing, Camaj warned that, “teenagers should be careful especially driving in the wet weather.”

Twin sisters, Angela and Maryanne Vourlis, who turned 20 that very day learnt of their brother’s death on Facebook.

A R.I.P Bobby Vourlis was set up on the Sunday and thousands of people have since posted messages of condolence from around the world.

The funeral of the much loved teenager, described by friends as, “the most sweetest good hearted and beautiful kid in this world” was held on Friday.