Steve and Byron up for science prize

Two Greek Australian students are in the running for the Australia Museum Eureka Prize for their short film exploring the history of X-Rays. 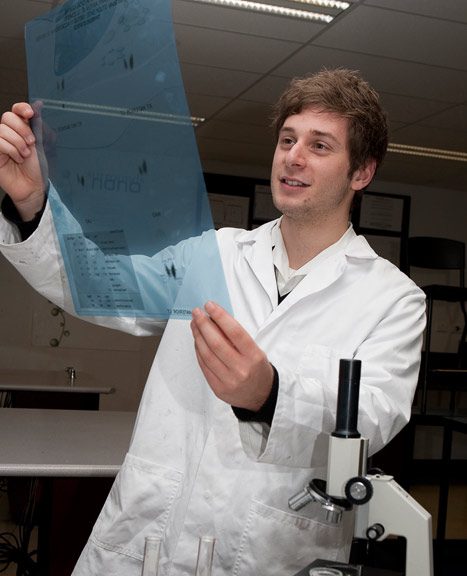 Steven Megaloudis enjoys being a boffin.

A year and a half ago, Steven Megaloudis thought X-Rays were used only at airports or when you broke a bone.

X-Rays have application in other areas, such as biology, looking at the structures of cells.

Now he and five schoolmates are short-listed for one of Australia’s top science prizes for their short film exploring the history, use and importance of the X-Ray.

The six students from Melbourne’s St Helena Secondary College, including Greek-Australians Steven Megaloudis and Byron Mihailadis, will fly to Sydney later this month for the annual Australian Museum Eureka Prizes.

The year 12 students say their aim was to make a three-minute video about a scientific discovery or invention.

“We wanted to stay away from the tacky, unentertaining science video you usually see,” Steven says.

“The end result is something we can really be proud of.”

The students said they were initially interested in X-Ray technology because it’s a rapidly-growing field, particularly in Australia.

The team visited the new synchrotron in Clayton, south of Melbourne, which Steven says is basically a super-bright light force, a giant microscope.

“X-Rays have application in other areas, such as biology, looking at the structures of cells,” says Steven.

“And I’d never seen an insect breathe before,” says Byron.

The students worked on this penetrating project during school holidays and public holidays over a year and a half.

“We spent a lot of time researching, there’s a lot of information out there,” says Byron.

One of the biggest tasks was collating scientific information into a form accessible to those not on the same scientific wavelength.

“People listen when they’re interested, so we tried to make the film interesting,” says Steven.

The students haven’t yet showed the film to their fellow students, but say they plan to screen it for the entire school before they head to Sydney.

Let’s hope they break a leg.