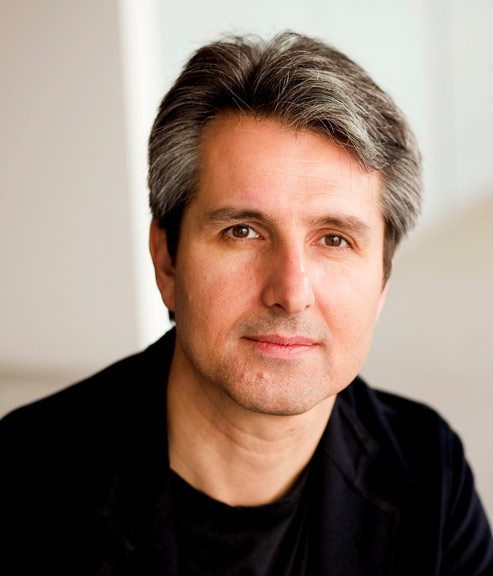 There is a breathy and reassuring tempo to Kon Gouriotis’ voice that would make the fiercest interlocutor stop, sit and listen.

The big question is, are any of these candidates interested in art’s grand purpose?

Some might say he is a silver monstrance of civility.

Gouriotis is the Director of the Visual Arts Board for the Australia Council and has been since 2008.

Civility therefore is very much his business when it comes to carefully massaging art policy within the controversial realms of government funding.

His family ran take away shops and news agencies and then went onto building and renting them.

Western Sydney has traditionally been known as a cultural wasteland as well as the stomping ground of the famous Bankstown boy the former PM Paul Keating.

Keating, despite his lack of tertiary education, was noted for his taste of finer things. Gustav Mahler for one, the Armani suit and as a collector of Empire clocks.

So when asked of how Gouriotis arrived at an appreciation of the arts, like Keating may have done, you can’t help but be curious.

Gouriotis has heard of Western Sydney framed as a ‘cultural wasteland’ before and patiently dispelled this myth before answering the cliched ‘Gladstone Bag’ question.

He explained that although there was no one in his immediate family with any arts background, there was an all round appreciation of culture, Hellenic or otherwise.

His parents also encouraged a very confident attitude towards life and a hard work ethic to rise above their situation.

It was fate that led him down the Visual Arts path when at high school.

Originally he was doing music, but for some reason the timetable changed and he found himself in the art class.

He took to it like a duck to water and from there he knew this was what he was meant to do.

Gouriotis went onto the University of Western Sydney graduating with a Bachelors degree in Visual Arts.

This academic course, gave a great emphasis to the ‘conceptual’ he said, encouraging its students to engage in ideas, not just technique.

Before and after completing a Masters at the University of NSW he engaged in a variety of significant art universes, including numerous critically acclaimed exhibitions and is the recipient of two Asia Link awards.

Prior to his appointment with the Oz Council, he made his mark as the executive director of the Casula Powerhouse in Western Sydney.

His position now of course with the Oz Council is an extremely important one, loaded with numerous policy responsibilities.

Although there were a large number of topics discussed in this conversation, the overriding theme was the much laboured, but deeply relevant issue of how art is to survive in these increasingly meaningless times.

So, here he is – right here right now – and his trajectory so far has been impressive.

But on the eve of this election he surely must be wondering what kind of art environment will emerge from these candidates.

Yes, the ones who haven’t touched on the subject of art, not one bit. And where is Peter Garrett in all of this?

Probably safely insulated from his portfolio by the bland cut and thrust of this current election campaign.

The big question is, are any of these candidates interested in art’s grand purpose? But why would they?

Since most of their voters are known for their ambiguity towards ‘creativity’?

It would seem engaging with Gouriotis, even superficially over the phone, his measured head is designed for such a nebulous landscape as this.

So what is he to do then over these next four years?

Convince the red head that there’s more to sculpture than her hairdo or that beauty can be seen elsewhere other than the handsome head and shoulders of a Western Bull Dog?

Tougher still is to instil in Abbott that an Icon of the Virgin Mary bears no relation to Queen Victoria, or Aphrodite would never emerge from her waters in a pair of his favourite Speedos.

Pity we can’t turn back time with one of Keating’s Empire clocks, to a period when we had a PM genuinely interested in the potency of creativity.

So we can prove to outsiders that our staple diet is not just bananas, that we are indeed ‘sorry’, and that we are not… ‘the arse end of the world.’