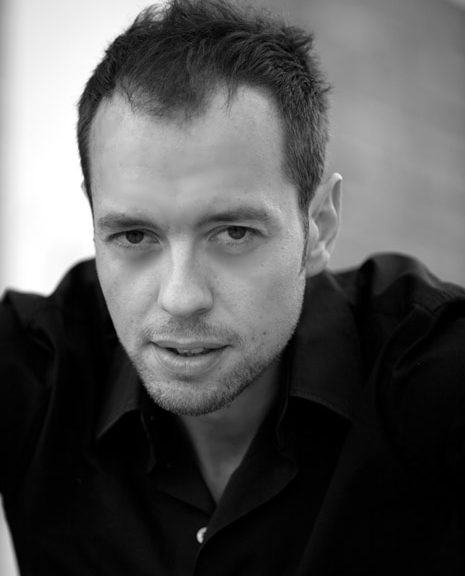 Things are on the up for actor Steve Mouzakis. Ever since the release of Spike Lee’s movie Where the Wild Things Are, in which Mouzakis played the teacher, he has been busy, busy, busy.

There’s an episode of Channel 10’s Rush and his appearance in a number of movies; Killing Time, which will be screened by Foxtel; another called The Rat; and Big Mamma’s Boy, which he is currently shooting, alongside Holly Valance.

Right now he’s performing in the Australian premiere of the theatre show Syncopation which has been a hit across the US and won the American Theatre Critics’ award for best play.

Syncopation is about ballroom dancing, following your dreams and the transformation that comes about when you have the guts to do just that.

Syncopation is set in 1912 and Mouzakis is playing an unmarried 38 year-old Jewish meat packer Henry Ribolow who dreams of one day dancing for royalty.

The only problem is, he doesn’t have a dance partner.

So he takes out an ad in the paper.

Secretly, she longs for more than the traditional marriage, but has no talent for dancing and Henry has never taken a dance lesson in his life either.

OK then, lots of dancing and lots of comedy and romantic fumbling.

But has Mouzakis ever taken a dance lesson in his life? The answer is ‘no’.

“There was some basic stuff I learnt while training as an actor at the Victorian College of the Arts. These rehearsals have been a fast learning curve for me. Fortunately neither has the character I’m playing. Therefore, it kind of fits the situation.”

Luckily his off-sider Emma Palmer has a dance background, and working with her has certainly helped.

But having personally encountered Mouzakis’ work over the past 10 years, his false modesty and self-depreciating humour can be a bit of a red herring.

He has a casual naturalness and diversity to his talent that makes it easy for him tackle almost any role.

So one can safely and appropriately ignore Mouzakis ‘dance amateur’ disclaimer because essentially this is what Syncopation is all about, and making links to Shall We Dance or Strictly Ballroom is therefore hardly surprising.

We live in a reality show culture and as Mouzakis said, “the reason why the public like to watch them is because the participants are real people – not professionals. They can see themselves through them.”

Mouzakis has also been making plans in the big dream department.

“While I was over in New York for the release of Where the Wild Things Are, I met a few agents and the idea is to head over there in January next year during their pilot season to see if I can make some in roads.”

Fame is in the offing then?