Movies on a loop 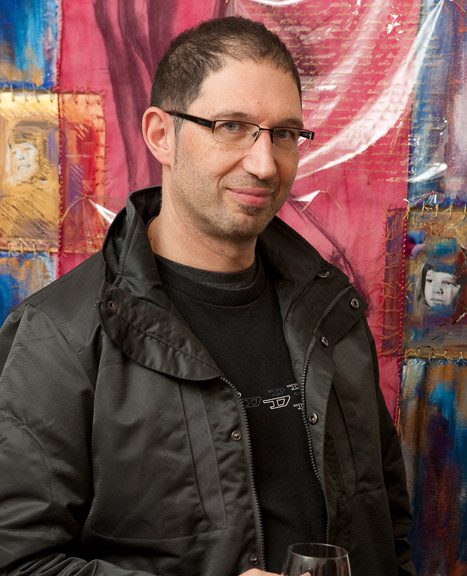 Getting a movie made and shown in front of a real audience is a tough call. In Hollywood if you have a film ‘in the can’, regardless of its quality, you’re considered worthy of respect because it shows, quite plainly, you have the courage and the tenacity to complete a project.

We have a real mixed bag this year: animations, documentaries, shorts, which are narratives, but as far as the storylines go – they are all quite different.

Jim Stamatakos is a film-maker and for the past seven years has been the curator of the small film festival, Electric Shorts, as part of the Melbourne Fringe Festival.

Speaking to him you could tell that he was under the pump, his voice a little exhausted by all the organisational build up.

“It doesn’t help either if you have to drive your sister to the airport at six thirty in the morning,” was Stamatakos’s humorous response to this.

Managing your own mini festival for seven years running is certainly a grand feat and this year Electric Shorts will be shown over two nights at The Loop Bar, opposite the famed Myer Place Bar.

“We first screened the festival at Madisons Night Club on Bourke Street, the following year it was at the RMIT cinema,” Stamatakos said.

When asked whether there was a Greek theme, if any, to his curatorship, Stamatakos, who is of Greek origin, said “although there are, and have been, quite a few films made by Greeks, it’s really for films made by anyone and that they have been self funded”.

This year the program has doubled from 12 films in one night last year to 24 films over two nights.

The average film is anywhere from four to six minutes with a few longer shorts, but there’s a regulation set down that no film can be longer than thirty minutes.

There is no real set theme to this year’s program.

“We have a real mixed bag this year: animations, documentaries, shorts, which are narratives, but as far as the storylines go – they are all quite different,” he said.

And as Stamatakos explained there’s a wide spectrum of film-makers showing, from old hands who have been doing it for years to first timers.

“Which is great because all film makers need a platform to show their stuff, and to be able to get some feedback. That’s really what it’s all about and having filmmakers there on the night, and the audience of course, to generate a bit of discussion,” Stamatakos said.

It is also a great opportunity for filmmakers, including cinematographers and makeup up artists to meet each other, to network and see if they can collaborate on future projects, Stamatakos said.

Although Stamatakos is a film-maker himself the only time he screened one of his own was on the first year of Electric Shorts.

“We’ve had so many entries I don’t show my films; there just isn’t room,” he said.

Stamatakos was very keen to emphasise that this festival is about self-funded films. He said everyone in this country is getting used to the idea that financial reward is rare in the film industry.

“But you know what? A lot of the filmmakers we talk to never talk about the money that they make. It’s all about the opportunity and pleasure of showing the film,” he said.

When prompted to name a few of the favourites this year he was understandably reluctant.

“The selection committee has not met as yet to choose the final films. So we wont have the full program up until next week,” he said.

This year, as mentioned, it will be at Loop.

“It makes the event more casual, you can sit or stand by the bar,” Stamatakos said, adding “but if you do want to have seat, it’s probably best to come early.”