Alone on the stage

Nick Pelomis talks to Neos Kosmos about his one-man show, The Event, and the challenges it presents the actor 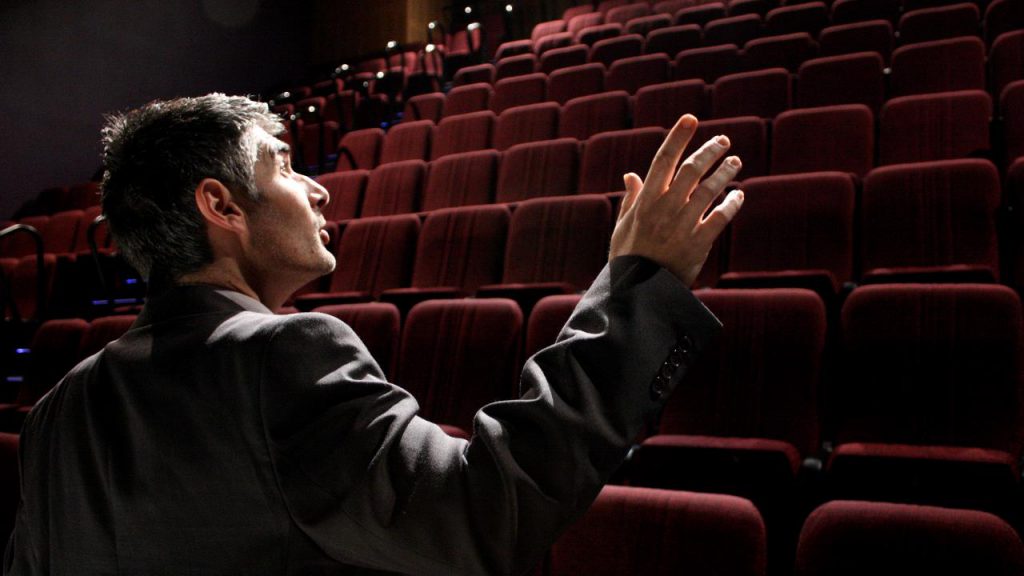 Nick Pelomis stars in The Event.

Adelaide actor, Nick Pelomis is about to do his first one man show, The Event written by American writer, John Clancy.

It talks of the isolation that we as humans often experience and what goes on in our heads. It’s a bit like listening to a person’s unique sound track as he moves through everyday life.

This show has already been produced for Edinburgh Fringe Festival in 2009 and was performed by American actor, David Calvitto.

The Calvitto production garnered rave reviews and was nominated for Best Solo Performance, and on top of that the show won the Fringe First Award winner prize.

Is Pelomis nervous following such a strong act?

“Well, I am of course,” Pelomis said, “and according to some of my friends who saw that show, Calvitto was very good.”

The tone of his voice has more of a pleasurable shock to it, which is probably his nerves translating into something a little more elegant and manageable for his task at hand.

When I spoke to him over the phone last week, he couldn’t stop singing the praises of Clancy’s script.

This is a good start for any actor of Pelomis’ calibre, to be in love with the material you’re about to perform.

He has performed for the State Theatre Company of South Australia in King Lear, Mnemonic, Robyn Archer’s Architektin, Frozen, Cosi and School for Scandal.

His film and television work includes the feature film The Boys are Back directed by Scott Hicks, The Hostages, Life Support (SBS comedy) and Murdercall: Deadline.

So, experience Pelomis most certainly has, and since he is an actor, just like Calvitto, he is at advantage to play this role.

“This show starts with a man standing in a pool of light on the stage. He is an actor, ” explained Pelomis, adding “we know this because he tells the audience that he is an actor, but also because our past experience tells us that this is what actors do.”

So, really what we’re dealing with here is a piece of meta-theatre, where the content and the performance of The Event is a thorough investigation in to the very form of theatre itself.

“Yes, very much so; it’s like a guided tour through the theatrical experience,” Pelomis said.

“It deconstructs the idea of theatre. The script is extremely funny and witty and unexpectedly touching and then effortlessly might shift into, for example, a profound discourse about living in the 21st Century,” Pelomis said.

There’s that tone again in Pelomis’ voice, of someone who still can’t quite believe he’s been handed this wonderful performance opportunity on a plate.

This opportunity has presumably been given to him by the director, Daniel Clarke, who was in the background listening very carefully to what might come tumbling out of Pelomis’s mouth.

Fifty percent of a director’s job is to manage an actor’s fear.

It looks like Clarke is doing a very good job, and that essential trust is there, because Pelomis often punctuates the interview by asking Clarke to fill in the finer details of this up and coming production.

This Australian season opens in the Sydney Fringe to be followed by another season in the Melbourne Fringe at the Lithuanian Club.

“Nothing I have ever read or performed has this kind of energy and bizarreness to it. It’s like nothing else,” Pelomis said.

“But it’s more than just about ‘performance’ because like I said often shifts to a much wider world,” he added.

“It talks of the isolation that we as humans often experience and what goes on in our heads. It’s a bit like listening to a person’s unique sound track as he moves through everyday life.”

“It’s how we forge and wield our identity,” Pelomis said.

“Yes, it shifts, constantly shifts from one medium of expression to another.”

‘Stream of consciousness’ was a term made famous by James Joyce and his masterpiece Ulysses.

Back then Joyce’s first audience initially struggled with this groundbreaking free fall in narrative form.

But Joyce was also an impressive talker, and arguably, therefore, the apparent ‘inaccessibility’ of Joyce’s Ulysses can be made instantly clear by doing what we have been doing for aeons, which is to tell a story, any story, out loud and to a live audience.

That was Calvitto’s job back Edinburgh, and he did it well. But now, it’s Pelomis’ turn.