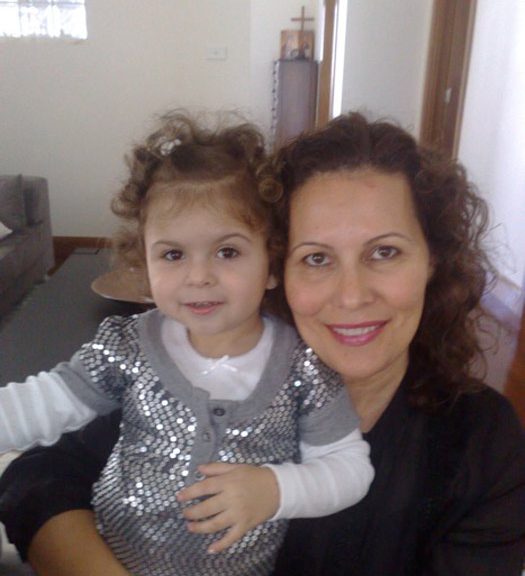 Valasia Papadakis with her daughter, Stephania.

Over $80,000 was raised in Sydney, at a Greek-themed fundraiser organised by Valasia Papadakis in honour of her young daughter, Stephania.

This is saving children’s lives.

She said she was also in negotiations with the Royal Prince Alfred Hospital to build a transplant institute, named after Stephania.

One year ago, Stephania, who was diagnosed with Biliary Atresia at birth, had a life-saving liver transplant

“This is not congenital, this is just bad luck,” Ms Papadakis said.

“One in one million parents are just lumped with this jackpot of bad luck.”

Ms Papadakis told Neos Kosmos she was overwhelmed by the community’s generosity.

“It was one of those things where, if I had more raffle books, I would have sold them,” she said, adding that she had also received donations from interstate.

The evening featured an auction, where a pair of St George Illawarra premiership shorts sold for $7000.

But she said the real highlight of the night was the bouzouki and the plate smashing.

Ms Papadakis said it was great to see the community support the sell-out event, including Stephania’s doctor from Westmead Children’s Hospital, who was there.

Westmead Children’s Hospital is the only hospital in NSW to perform liver transplants on children, and one of only three in Australia.