Bank of Cyprus takes the lead in the giving stakes 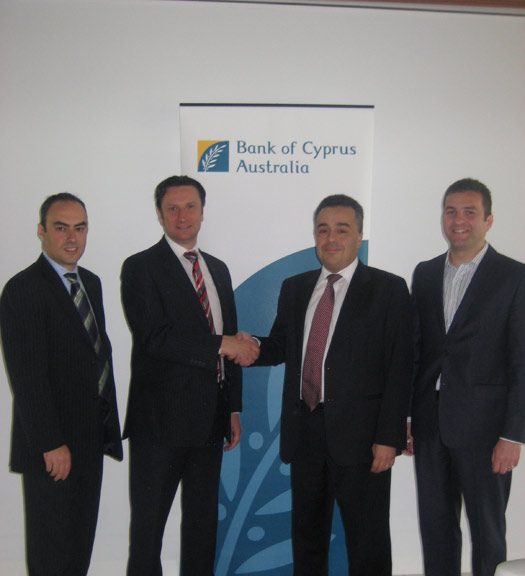 The Bank of Cyprus has provided over $100,000 to Alphington Grammar towards eight new classrooms and the new multi-purpose hall, currently under construction. President of the Greek Orthodox Community of Melbourne and Victoria (GOCMV), Bill Papastergiadis, said this grant follows from talks between the bank and the Greek community.

“We’ve been talking to them for some time about sponsoring us and working side by side with our school,” Mr Papastergiadis told Neos Kosmos, adding that the GOCMV have been trying to bring reputable brands into the Greek community.

The grant from the Bank of Cyprus is a one-off gift, marking the relationship between the GOCMV and Bank of Cyprus, Mr Papastergiadis said. He said that this is an example he hopes “others will mimic, whereby you have a strong move towards giving within our community.”

In making the donation Managing Director of the Bank of Cyprus Australia, George Tacticos, acknowledged the GOCMV for its efforts to maintain and promote Hellenism.

“Education is a key factor in the maintenance of our heritage and it is with great pleasure that the Bank of Cyprus Australia has chosen to assist Alphington Grammar,” he said.

“We look forward to working with the President Bill Papastergiadis and his Board in the future.”