Parents call for change in management

Parents are not happy with the Oakleigh Orthodox College Management Committee following the recent resignation of its Principal, a parent tells 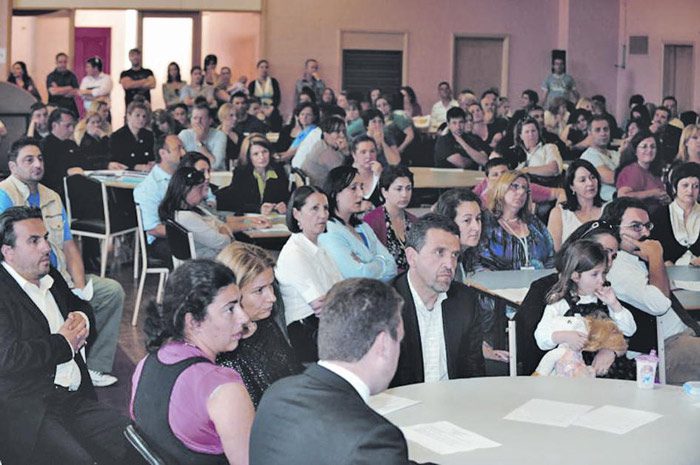 A number of parents from Oakleigh Greek Orthodox College have withdrawn their children from the school after the Principal resigned in recent weeks, according to a parent with children at the school.

The parent, who has asked to remain anonymous, told Neos Kosmos that four families were definitely leaving the school and had enrolled their children in new schools for next year.

“There’s already a dozen kids leaving and at least another dozen just hanging in until term one next year,” the source said.

During the meeting a letter read out from former principal Patrick Power (who was not in attendance) said he felt forced to resign after the management committee issued him a letter implying they would not follow through on a list of his proposals they had formerly agreed upon.

Among the promises made by the managment committee was that they would hire a CPA accredited accountant to manage the school’s finances.

The source said parents are still not happy, with many not believing the management committee will follow through on their promises, despite a signed letter from the priest declaring a CPA accountant would be hired.

“The parents are enraged because they’ve lost a competent educator who quickly made positive changes within the school during his time there,” the source said.

The parent speaking to Neos Kosmos, who has two children at the school, said they were hanging in and hoping things might change.

“I’m hoping the wake up call was truly a wake up call; they need to start including the parents,” the source said.

At the meeting, when one parent asked how many people in the room of over 300 parents could vote a new member into the management committee, (which currently has a waiting list of two years) only four raised their hands, the source said.

“Let a group of professionals run the school; they currently have a closed membership full of old people running the school,” the source said.

One change the parents are calling for is to have the school run separately from the community, with separate funding
and finances.

The source said the management committee have on occasion cancelled student activities in the school’s multipurpose hall in order to rent out the space to host wakes when the church across the road is holding a funeral.

“They’re just focused on making an extra buck but it’s putting our children’s safety at risk. They’re messing with our kids and their educations,” the source said.

In one example the source said five Year 10 students have been told they can’t study Modern Greek next year, as the school wouldn’t be offering the subject.
“That’s a joke, it’s a Greek school,” the source said, adding “now the kid has to pay extra to do Greek at another school.

“A lot of parents have united on this, some parents have been dealing with this for years, they’re not happy and not going to take this anymore.

Head of the senior school at Oakleigh Greek Orthodox College, Marina Theodorou and President of the College board, Angelos Sardelis, were contacted by Neos Kosmos  but had not responded by the time this issue went to press.