Collecting cans on the way to Cannes 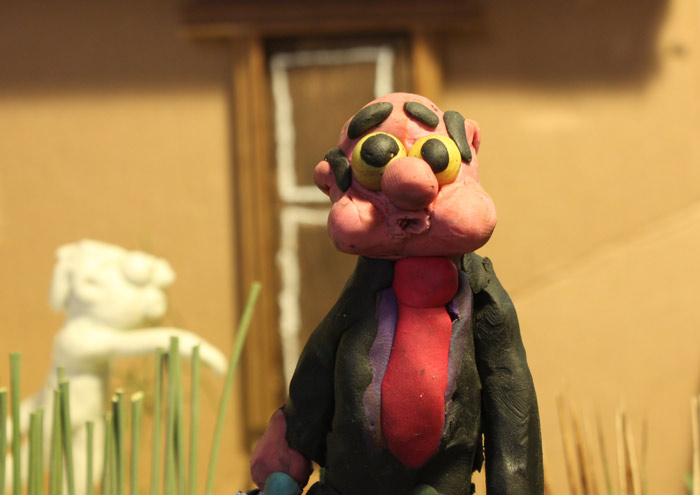 The future of the environment and the Australian film industry is a little bit more assured this week, with Greek Australian students among the prize-winners at Future Shots – The Sustainability Film Challenge for Young Victorians.

Alexis Savvides and Makeba Ofosu-Amaah were awarded ‘Best Film by a School’ for their short film, A Brighter World.

Yianni Rowland’s one-minute claymation film, Can Man, was among the top four entries in the under-12 category.

The ten year-old told Neos Kosmos he hoped people who watched his film would think more about recycling.

“Because you shouldn’t leave your cans on the ground, and if you pick them up people can melt them down and rebuild them,” the grade four student said.

The 10 year-old Muppets fan said his father Robbie helped him with the one-minute film, which took about a week to make in their solar-powered “studio” in their home in Melbourne’s inner north.

Yianni, whose yia-yia is the Greek Australian short story writer, Xeni Giles, said he is working on his next short film, a comedy about a mixed-up renovation.

The Future Shots Sustainability Film Challenge is now in its third year, and received around 130 films from young people around Victoria.

The awards were announced at a ceremony at ACMI on Wednesday night, hosted by Fuzzy Agolley from Video Hits, with special guest Chris Judd, who is the Visy Environmental Ambassador and Carlton Football Club captain.

The shortlisted films, including Can Man and A Brighter World, can be seen online at http://www.futureshots.com.au/?vote