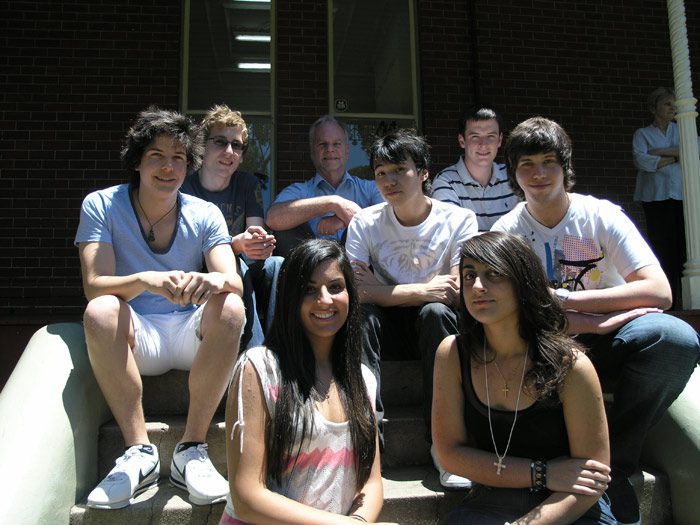 The moment Year 12 graduates have been waiting for finally arrived for Victorian and South Australian students this week as university offers were released.

Forty-two tertiary offers were extended to the 2010 Alphington Grammar graduates out of just over 50 students in total completing VCE.

RMIT and the University of Melbourne continue to be the preferred destinations of students, following the trend from the last two years, the school’s Development Manager Judy Fetter told Neos Kosmos.

Ms Fetter said the range of courses and destinations the school’s students have selected and been offered is impressive.

“They have all benefited from an extensive career counselling program (which starts in year 10) and carefully evaluates their strengths and interests and helps guide them to achieve their best tertiary placement at their preferred destination,” she said.

“Alphington Grammar caters for a wide selection of students with different interests in the Sciences, Building/ Engineering, IT, Business, The Arts and Health Sciences and consistently gains successful outcomes as students move to the Tertiary sector.”

In South Australia the top 10 highest achievers at St George College were accepted into a range of university courses.

John Matsis got into a double degree in Law and Anthony Dalagiorgos was accepted into a bachelor of construction management and economics.

Andrew Georgiou has been offered a placement for a Bachelor Sport and Recreation Management.

However, for those who missed out on a first round university offer it isn’t the end of the world, according to businessman Mark Bouris.

“Whilst higher education is important, it’s the lessons you learn through life experiences that are the most valuable,” Mr Bouris said. In the final edition of Neos Kosmos for 2010, we ran Year 12 academic results of Greek day schools in South Australia, Victoria and Sydney, however results were yet to be released in Western Australia.

St Andrew’s Grammar school in Perth have since reported eighteen students who sat four or more Stage 2 or 3 subjects, enabling them to qualify for an ATAR in 2010, according to the school’s principal Simon Midson.

Wesley Moss achieved the highest ATAR at St Andrew’s Grammar with 96.50. He was awarded a Curriculum Council Certificate of Excellence for achieving 10 A grades in his Year 11 and 12 subjects. His best scoring subject was an outstanding 87.7 percent in Mathematics 3C/D, Mr Midson told Neos Kosmos.

“All of our Year 12s achieved Secondary Graduation meaning that 100 percent of graduates have met the requirements for a WACE (Western Australian Certificate of Education),” Mr Midson said.

Fourteen of the eighteen students have been offered a University place, the principal confirmed.