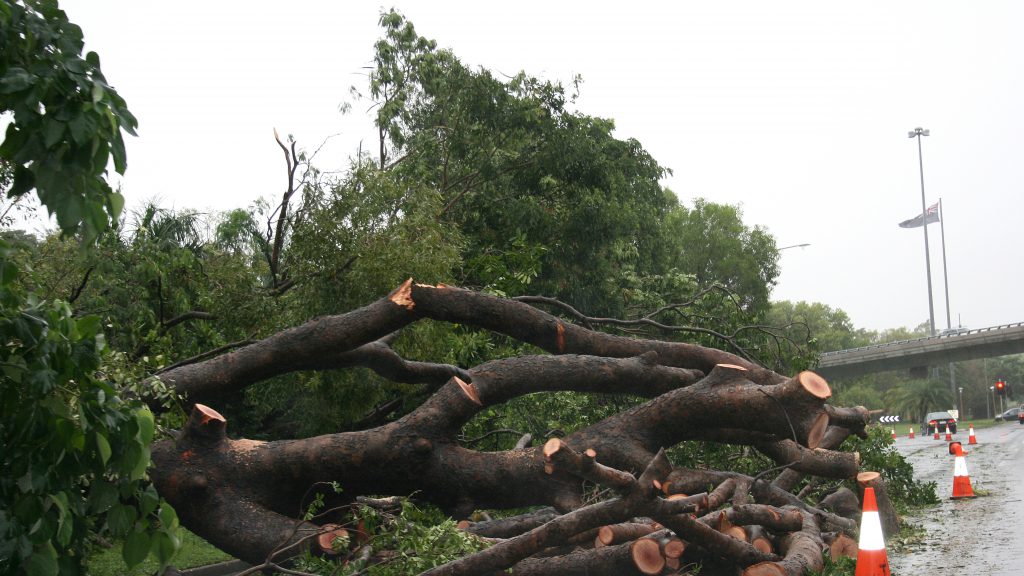 Fallen trees have wreaked havoc across Darwin after Tropical Cyclone Carlos struck the region this morning, according to the President of the Greek Orthodox Community of Northern Australia, John Nikolakis.

The combination of more than 400 millimetres of rain on Tuesday and strong winds have knocked down trees and powerlines across Darwin.

The Greek schools and the Greek community’s church in Darwin suffered leaks in the roof as a result of trees coming down in the storm.

Mr Nikolakis had to evacuate his Knightcliff home, last night, to go to his son in law’s house, further inland.

“Between 1am and 3am the cyclone was at its worst; our house is in a low area, across the road from the sea, and there was a King Tide so we didn’t want to take the risk,” Mr Nikolakis said. Most of the roads and shops have reopened, though schools and the airport remain shut, Mr Nikolakis said. “We were very lucky though; thank God no one was hurt and there were no other damages,” he added.

Members of the Greek community of Northern Australia have not been significantly affected by the storm, Mr Nikolakis said, having checked today to make sure everyone in the community was okay.

The cyclone is still around Darwin with experts believing it could pick up speed and become a category two cyclone tomorrow, Mr Nikolakis said.

“We could have another bad night tonight. Today we have a bit of sun, lots of cloud but no wind,” he said. “The cyclone has gone down to Dundee Beach at the moment and they’re experiencing heavy rain and lots of wind there. It’s definitely not gone yet”.

Tropical Cyclone Carlos is expected to cause more wild weather across Darwin and the Top End with the weather bureau reporting gales of up to 100 kilometres an hour on the Darwin Coast and the southern Tiwi Islands, as well as widespread flooding.