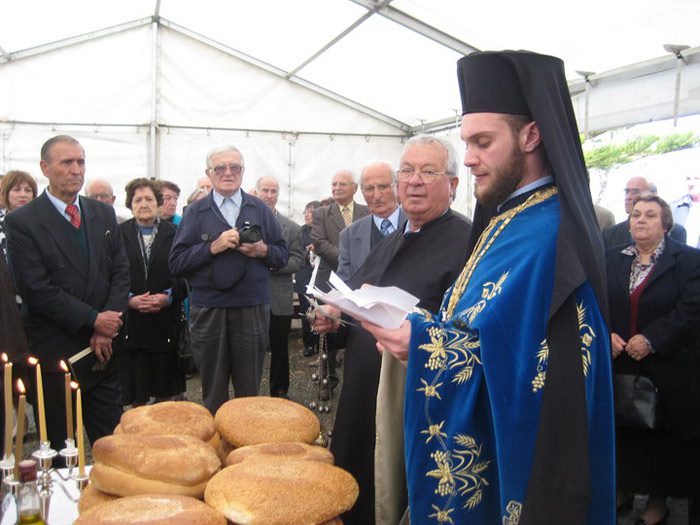 A Greek priest appointed as a chaplain by South Australian Police has been dismissed just seven days into his job after senior police became aware of information affecting his “suitability” for the position.

Reverend Prokopios Kanavas was appointed as a voluntary SAPOL chaplain on January 28 and had his status withdrawn on February 4. He did not undertake any official duties as a chaplain.

However, soon after appointing Mr Kanavas, who is currently based at the St Nicholas parish, Thebarton, as part of the Autocephalic Greek Orthodox Church, police uncovered information, which led to his subsequent dismissal.

The Greek Orthodox Patriarchate of Jerusalem last year sent a letter to the head of the Greek Orthodox Archdiocese in South Australia, Bishop Nikandros, making serious allegations about Mr Kanavas, which led to him being defrocked in 2008.

The letter, the contents of which cannot be revealed for legal reasons, was distributed nationally throughout churches.

It said Mr Kanavas, who represents himself in Adelaide as an Archimandrite, was ordained and served within the Jerusalem patriarchate as a deacon and that the Synod of the patriarchate deliberated on July 24, 2008, and defrocked him, at which time he reverted back to a lay person.

He then joined the Greek Army, later joining another faction of the church, was again ordained and made his way to Adelaide last year.

Bishop Nikandros of the Greek Orthodox Archdiocese of South Australia told Neos Kosmos that when a priest is defrocked, letters sent between Orthodox churches worldwide is not extraordinary.

“This was not a secret letter, it was read in South Australian churches and published in the official newspaper of the Greek archdiocese of Australia; To Vema Tis Ekklesias, so people would know that he was not a priest of the Orthodox Church,” Bishop Nikandros said.

The bishop said he could not understand why police hired Mr Kanavas considering his record, which was publicly documented.

However, the Greek Orthodox community of South Australia (GOCSA) obviously did not care about Mr Kanavas’ past, he added, since head of the GOCSA Theo Maras defended the priest in an article in the Sunday Mail.

“I express great sorrow that the Greek Orthodox community of Adelaide takes such a serious matter with such lightness,” the bishop said.

Mr Kanavas refused to speak to Neos Kosmos and has never commented or taken action against the grave accusations made in the letter.

“I wonder why Mr Kanavas remains silent about that official letter?” Bishop Nikandros said. “He never denied the allegations or pursued legal action after the letter was made public.”

General manager of the GOCSA Nick Kyriazopoulos told Neos Kosmos the community is currently working through evidence of the allegations. “At this stage we’re trying to get to the bottom of it,” he said. “We’re working our way through evidence that was allegedly sent.”

He said the document from the Archdiocese allegedly sent through was “disappointing”. “We have supported Father Prokopias from the day he arrived here,” Mr Kyriazopoulos said.