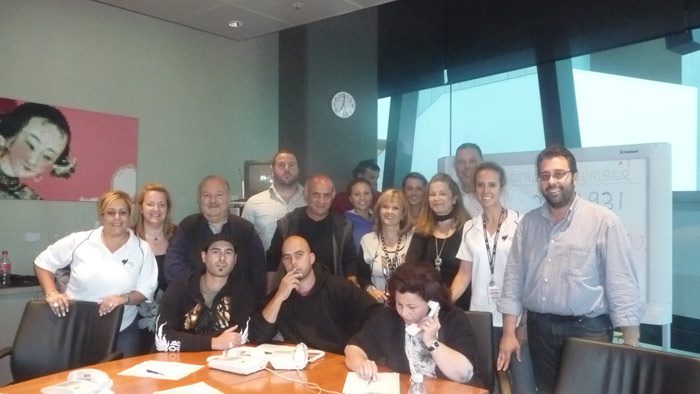 SBS’s Day of Support, held in partnership with the Red Cross, raised more than a quarter of a million dollars yesterday, to help those affected by the devastating earthquake in Christchurch.

Greek program broadcasters and their volunteers saw a massive $49,000 worth of pledges stream in from the Greek community during the special program on Wednesday night dedicated to the appeal.

Throughout the day, SBS staff and volunteers from 17 of SBS Radio’s language programs took thousands of calls, with donations totalling $273,090. Dirk Anthony, Director of Audio and Language Content, at SBS said: “We set out last Thursday to create a special Day of Support for New Zealand’s Earthquake survivors, in tandem with our partner the Australian Red Cross. Thanks to the hard work of many, we hope this contribution will help to make a difference for people in the Christchurch area.

He added: “It is a truly inspiring example of the power of humanity at work – in this case the thousands of listeners who gave so generously. You can rest assured that your donations will directly support Red Cross to help those affected by the earthquake.” The national fundraising radio appeal and online campaign was a huge success. Special thanks go to the wonderful volunteers who manned the phone rooms in Sydney and Melbourne yesterday.

SBS has a history of working with charities and communities to raise money for worthy causes through Radio appeals and has raised more than $10 million since 1997. Pledges for the SBS Radio appeal have now closed.

If you would like to make a donation please visit sbs.com.au/greek