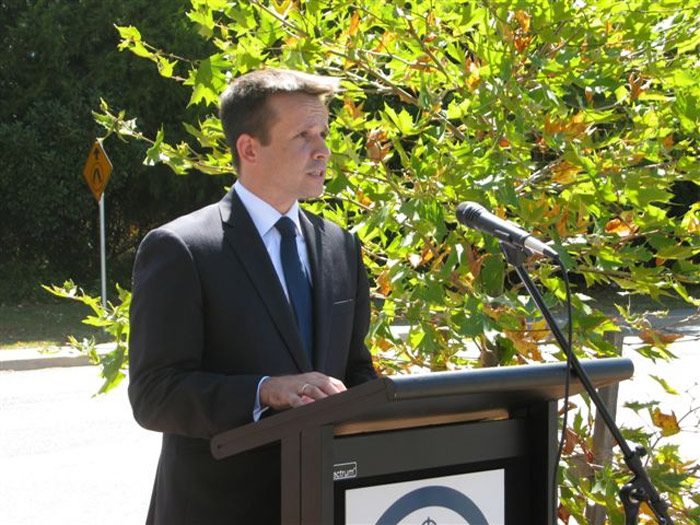 Career diplomat Vangelis Vitalis has been announced as New Zealand’s next Ambassador to the European Union (EU) and Belgium. The role will manage relations with the EU through its interaction with the European Commission, which is based in Brussels, while Mr Vitalis will also be accredited to Bulgaria, Luxembourg and Romania.

Vitalis, who is currently the New Zealand Acting High Commissioner in Canberra, studied politics and economics at Auckland and Harvard. He has worked at the OECD Secretariat and in a range of roles with the New Zealand Ministry of Foreign Affairs and Trade. Most recently, Vitalis was New Zealand’s chief negotiator who led the team which concluded free trade agreements with the twelve members of ASEAN and Australia and separately with Malaysia.

Vitalis was New Zealand’s lead negotiator on the investment chapter of New Zealand’s FTA with China, as well as the trade and labour and trade and environment instruments concluded with China alongside the FTA. The ambassador, who will commence his position in August, described the role as a “pleasant surprise”. “It’s a dream opportunity and one of those fantastic opportunities that comes up,” he told Neos Kosmos.

The role will carry a different set of challenges though. “In Australia if you’re representing New Zealand you do have a certain level of access and ability to meet people regularly, but in this case187 other countries are in Europe while I’m in New Zealand,” he said. “In a small and distant country you need to get your level of engagement just right because you only get one chance”.

“New Zealand can bring creative ideas to the table on how it considers itself as a small country,” Vitalis said. “We pitch ourselves as a quick thinking, nimble country to facilitate solutions. One of the big talking points is we have an emissions trading scheme, and we’re the only country outside Europe that has one in place,” he said.

The other thing New Zealand brings to Europe is an ability to remind Europe about the Asia Pacific region and its issues, like the free trade agreement with China and the Oceania countries, which are in negotiation for much broader FTA. “The question then arises where is Europe in this process, it’s where Europe can help bring,” Vitalis said.

“New Zealand has large Greek, Italian, Dutch and German diasporas,” Vitalis said. “Large communities of European migrants have made significant contributions to New Zealand and we have a shared history,” he said. “Europe is grappling with the same questions as Australia: how to be a citizen? what does citizenship mean?”

“The way Europe considers citizenship is different to Australia and New Zealand,” the ambassador said. “If you share the same set of values you can be an Australian, there’s no conflict between being a New Zealand citizen and having been of Greek descent, while I think those are more difficult questions in Europe,” he said. Vitalis is also excited about opportunities arising from the cultural links between New Zealand and Europe. “There’s an active European Diaspora of artists, writers, poets, moving freely between Europe and New Zealand; there’s really interesting links there and a pretty vibrant artistic community”.