What Kon believes and why 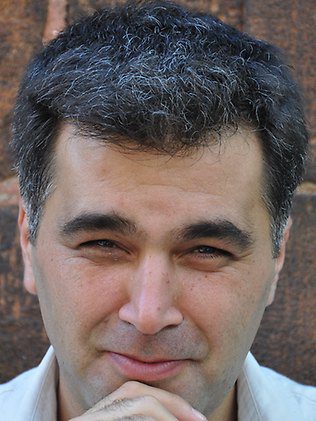 Every month, the Clare Hotel in Carlton is featuring a series of guest speakers on the subject of ‘What I believe and why’. This month’s featured speaker is Kon Karapanagiotidis.

When asked what he believes, Kon says that he “believe(s) we all have the power to change the world and a moral responsiblity to make as much ‘trouble’ as we need to in order to champion and protect the rights of the oppressed.”

In 2001, Kon founded the Asylum Seeker Resource Centre which has become Victoria’s premier facility for providing a variety of welfare and legal services to asylum seekers. He is also a stand-up comedian and often appears on community radio programs and hosts Greek cooking classes. He will shortly be awarded the Order of Australia for his work with asylum seekers.

Other guest speakers in this series are Uncle Jack Charles, Indigenous Elder and Actor, and Dr Maria Tumarkin, Writer and Historian.