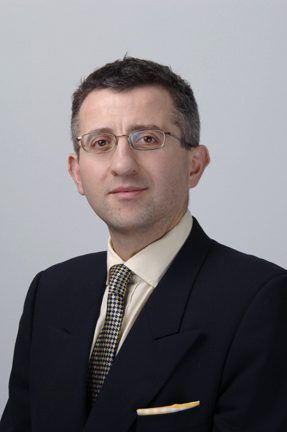 The Aussie dollar could hit US$1.70 in three years, according to leading money expert Dr Savvas Savouri.

Peaking at a record $US1.10 last week, the Australian dollar has subsequently cut costs of overseas travel, reduced the costs of imports and kept inflation down.

While many economists believe the dollar will dip later in the year, head of Toscafund hedge fund and chief economist Dr Savouri predicts it could keep climbing, reaching $US1.30 by 2013 and $US1.70 by 2014.

“The Aussie dollar is the way people like me can have access to the Australian economy,” Dr Savouri told Neos Kosmos. “We like your economy, we like the way it’s run, the resources it holds, we like where it is geographically, we like the growing size of its population and to own a piece of Australia we need to buy the currency. Capital coming into Australia is being attracted and that means we’re converting our currencies into your currency, pushing the Australian currency up”.

Part of the appeal of Australian currency is its generosity towards interest payments, Dr Savouri said. “Australia’s reserve bank has raised interest rates and so compared to interest rates in other parts of the developed world Australia is very generous,” he said.

Being a resource economy means that there is demand for Australian commodities all over the world, Dr Savouri said, adding that in the medium to long term the price of commodities is increasing. “The world is effectively on a growth spurt that it hasn’t had before,” he said. “Countries like Russia and Brazil that do have resources are using more and more of their own resources for their internal development. When there’s a natural disaster, as both Australia and Japan have suffered the basic materials needed to repair the infrastructures are effectively found in only a few countries, Japan hasn’t got them, Australia does”.

The more natural resources Australia uses itself the less there are for exports, driving the price up.

While the world has overinvested in US dollars, Australia’s growth places its economy in a significant position globally, Dr Savouri said. “For a country that is not even in the top 50 by population, Australia is the 13th largest economy in the world, the Aussie dollar is one of the top half-dozen traded currencies. You’re fighting well above your weight,” he said.

Between now and 2100 Australia will go from a population of 23 million to over 50 million while Japan will go from 120 million to 67 million. “In 2150 there’ll be more Australians than Japanese, there aren’t that many countries on earth that can boast that,” Dr Savouri said.