Bracks jumps on board with Beirut Hellenic Bank 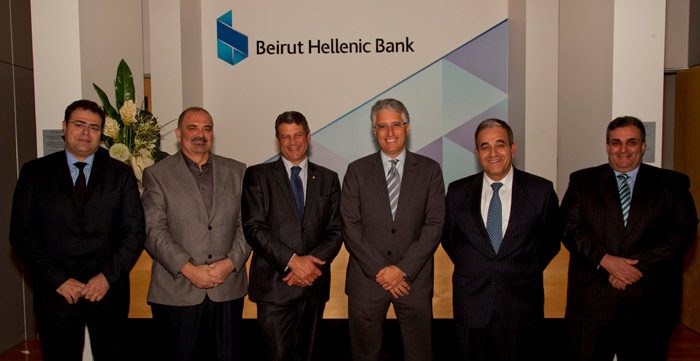 As an independent Non-Executive Director, Bracks will be drawing upon almost eight years of experience as Premier of Victoria, as well as from his experience in advising several leading Australian finance and service sector corporations.

“It’s a good role; I’m very pleased to be a part of it,” Mr Bracks told Neos Kosmos. “Beirut Hellenic Bank is a new aggressive player in the market in Australia and it’ll be chasing further deposits, looking for trade opportunities and looking for some potential funding of investments that might be appropriate.”

“There is some significant opportunities there,” Bracks said, adding, “there is a relationship between these countries, but what there’s not is significant commercial opportunities arising from those connections”.

The backing of the Bank of Cyprus and the backing of the Bank of Beirut creates a good combination, Bracks said. “I think that gives it weight and power in the market and a much greater chance of long term success.” While Mr Bracks believes multiculturalism is thriving in the Australian business sector, he said there is room for improvement. “I think multiculturalism is strong but it can be even stronger and I think the bank will do everything it can to support that in the future,” he said.

“Steve Bracks is a very important addition to the Bank’s Board, particularly for our coverage in Victoria where Steve’s impeccable standing and breadth of knowledge of the local business and banking environment will enable him to make an extremely important contribution to the Bank’s progress,” he said.

Steve Bracks was one of Victoria’s most successful Premiers, winning three consecutive elections, including achieving record majorities in the 2002 and 2006 elections. Whilst Premier, Bracks’ government oversaw the rebuilding of Victoria’s infrastructure and services, while maintaining strong budgets and managing a growing economy.

Bracks currently serves as Chairman of the superannuation fund Cbus, is a director of Jardine Lloyd Thomson Australia, and a Senior Adviser to KPMG. Bracks is also the Independent Chair for the Australian Subscription Television and Radio Association (ASTRA).

He also holds six major honorary positions: as an Adviser to the Prime Minister of East Timor Xanana Gusmao; as a Director of the Bionic Ear Institute Board; as Chair of the Deakin Foundation, Deakin University; and Centre for Dialogue, La Trobe University.

“This role builds on some of my background experience in the economics sector, but also on when I was in government as Premier as well,” Bracks said. “It’s an area I wanted to get into, I have had many offers in significant areas and I’ve picked and chosen the ones I wanted to do and this is one of them”.