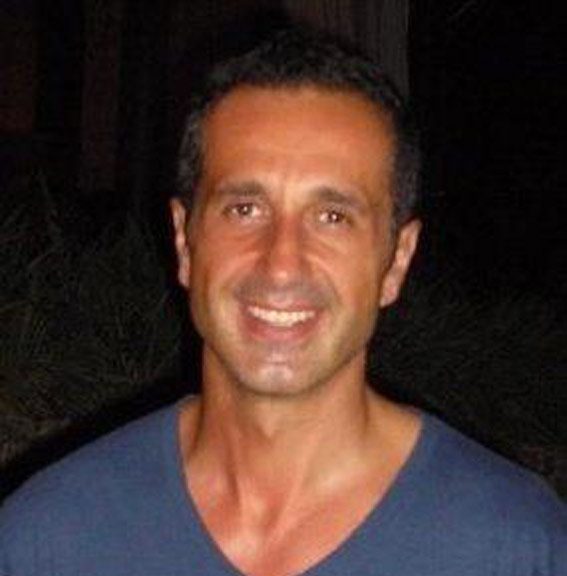 In training for Bali’s International Triathlon, Bill Kosmopoulos has set himself the ultimate challenge.

“Never in my life have I done anything like this,” he said. “I purposely put myself out there to be really challenged and with that in mind I started training. Prior to this I struggled to run even one kilometre, I was unable to swim, so I’ve learnt to swim, I’ve lost 14 kilograms,” he said.

Kosmopoulos began his gruelling training of fourteen hours per week in February and will complete his challenge in Bali later this month, to raise money for the organisation Dads in Distress. “The objective is to raise funds and bring awareness to dads that are in distress,” Kosmopoulos said.

“Approximately 70,000 couples break up every year, and the most emerging trend from that is that five men commit suicide every day in Australia due to despair they face from not seeing their children”. Kosmopoulos, who went through a divorce six years ago, has shared custody of his children, but he said the frightening statistics kept him awake at night.

“I couldn’t sleep well knowing five dads are committing suicide a day. It’s something that has to be addressed,” he said. Dads in distress, which Kosmopoulos describes as an “amazing group” believe that children should have equal access to both their mother and father. “Fundamentally it comes down to the best interest of the child,” Kosmopoulos said. “When you go through a divorce you go through emotional turmoil and you try and take as much as you can, whether that’s assets or the children, and you don’t think logically. Once you surpass that emotional rollercoaster you really are having a look at what’s important to the child.” Kosmopoulos has been overwhelmed with support for his upcoming challenge.

“I’m a mad Collingwood supporter and the club’s captain Nick Maxwell donated to my cause without me asking. He’s been writing to me, encouraging me, and it’s just things like that which make it such a symbolic experience for me,” he said. The training and the triathlon itself can be a lonely endeavour, Kosmopoulos said.

“It’s extremely hard and lonely waking up at 4:30am, jumping in the pool, but it does push you. When people are going through difficult times they’re being pushed so I wanted to put myself into that zone,” he said.

Kosmopoulos also wants to break down the stigma attached to divorce and separation in the Greek Australian community. “It’s not spoken about at all, it’s a very taboo subject and that’s another objective for me,” Kosmopoulos said. “I want to break down that barrier…It’s about saying ‘hey, it does happen, that’s life but you need to stand up and be accountable for what’s happened and you need to get on with your life’,” he said.

Kosmopoulos will leave for Bali on June 21, to compete in the Bali International Triathlon. For more details or to sponsor visit: billkosmopouloschallenge.com.au