Linou’s hybrid art in the heart of Melbourne

Admirers of the rich contemporary art scene of Melbourne will have the opportunity to enjoy the premiere of hybrid art works by one of its representatives, artist Christos Linou 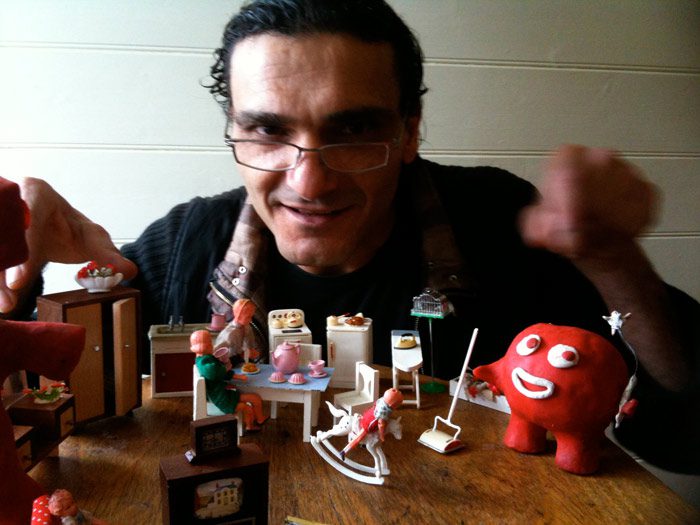 Admirers of the rich contemporary art scene of Melbourne will have the opportunity to enjoy the premiere of hybrid art works by one of its representatives, artist Christos Linou.

The original and innovative works of this Greek-Cypriot artist will be presented at Loop bar in his show ‘Animations and Dance on film’. The Greek Australian started his arts career at the Centre for Performing Arts in Adelaide.

Following his passion for dance and movement, apart from being choreographer and performer, Linou has played a lot of roles in his life – as director in theatre, opera, experimental theatre and the short movie industry. However, hybrid art seems to be his favourite – contemporary hybrid art gives him a space to integrate any art techniques he is familiar with, freshened with new technology and contemporary productions.

“This is my first solo film screening. I have been making shorts for over 15 years, but I always used to be part of the groups of filmmakers where we had our screenings together,” says Linou. Even though he prefers working as part of a group, this devoted artist made a sacrifice in order to make his profession sustainable, and two years ago decided to start working independently.

“Group performing offers more adrenaline and is more dynamic. However, in the last two years I have made this work, related to my shift from live performance to film and animation,” says Linou. His hybrid artworks are short films and animations, directly related with performance, where the artist appears. “I’m interested in how films could be applied to live theatre. What I would normally like to express with my body, once when natural limits have been imposed – I show it with clay figures, movies, animations,” he says.

The animation acts like a precise choreographic tool, giving Christos an opportunity to compose and direct the action in a single frame. Some of the new animations are humorous and comedic; others are a celebration of dance and movement. As the artist says, they look at the domestic setting through a banal and ironic humorous attempt to resolve relationship differences. Some of the works include content not suitable for children, the animated actions and sexual content, intended for adults only.

Being interested in the political and social context of the society, shorts are usually funny on the surface, while their layers are a political wrestling match of the sexes, he says. “The short film I am presenting Dancer in Danger is my attempt at creating a tragic-comic drama inspired by the work of Chris Lilley (We can Be Heros, Summer Heights High, Bad Boys). I wanted to cross the boundary of live performance and film and so I play the main character (Ms Louli) along with a variety of others by changing a wig, costume and dance routine. I filmed the scenes on an iPhone as its small size made it easy for me to film myself and play the characters.” The evening of his short films will include two short movies and six animations – altogether eight short animations of clay, computer and paper cut-outs – most of which have never been shown.