Is there still a market for Literature with a capital L? 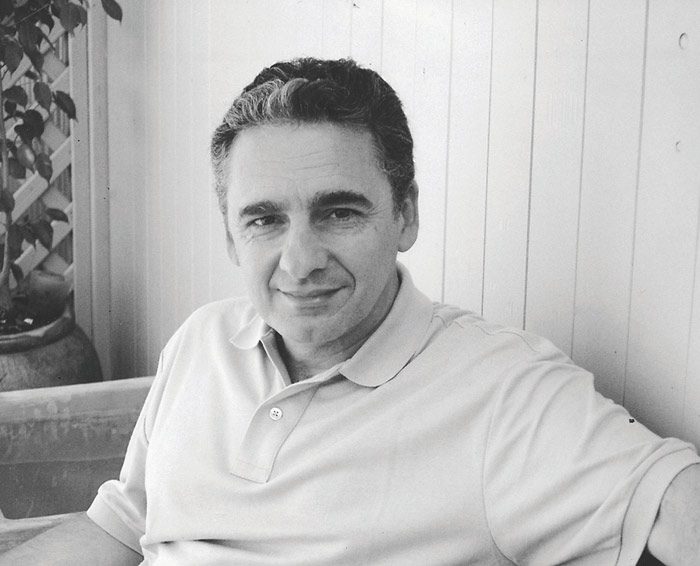 Angelo Loukakis has been in the literature game for a while. His novel For the Patriarch launched his name in 1981, and he has over the years been producing well-received work: Vernacular Dreams, Messenger, The Memory of Tides and Houdini’s Flight.

As an artist he is not fixed to the garret, focusing purely on his own creative work. That Virginia Woolf notion of ‘a room of one’s own’, is sadly a middle class fantasy that may have done more damage than good. But we’ll come to that later.

No, Loukakis has been part of a much wider sphere through teaching, publishing and editing through the university system. He’s also been a past board member of the Australia Council for Literature and the founding chair of the NSW Writers’ Centre.

Then there’s the book he wrote for the SBS TV series, Who Do You Think You Are? And more recently in 2010, he was appointed Executive Director of the Australian Society of Authors. On top of that, his award-winning novel For the Patriarch has been re-released. That would make anyone happy, as well the literary community as whole.

Particularly when we see more and more quality books hit the remainder list, or they are relegated to the archives of the second hand. Literature has gone through some rough times of late. This is mainly due to the rise of the image through film and TV, and now the gossipy and short attention span of the Internet.

Loukakis acknowledges this of course, but he is refreshingly confident that all is not lost. Although he was quite deliberate in defining the difference between ‘literature’ and the ‘book’. “I think over the last thirty five years, there’s been a fragmentation of the notion of what the ‘book’ is. The notion of the general reader has also disappeared. The general reader was very much part of the rise of mass literacy, in the post war years.

During the 40s’ and 50’s, although there were many genres like romance, as well as others, there wasn’t the proliferation of genres and niches that we see now.” “Back then the general reader would read a novel in any one period and perhaps a biography and some histories,” said Loukakis. But as he pointed out, with the emergence of marketing-speak and the acknowledgment of specific consumer demographics, this has changed.

“It has now become possible to identify smaller and more particular groups and to sell to them,” said Loukakis. “But that bit of the market we call literature with a capital L remains. It hasn’t disappeared, but it now occupies a much smaller space.”

This understanding of the nature of the markets now collectively shared by the public and not just existing in the specialised realms of the publisher’s mind, has turned the author into a different creature. It is forcing or indulging them to think beyond their own personal pressure cookers of pure creativity.

That is, to think more about whom they may be writing for, before even putting pen to paper. Indeed this form of self-consciousness is now encouraged by many arts funding bodies when artists are applying for grants. But there are many arguments of whether this market-awareness helps artists reach a greater audience or even worse, it hinders them from creating more original or challenging work.

Therefore what is happening is a great deal of creative output is either far too packaged or homogenised and bland. But as Loukakis explained, during the post war years with the increasing numbers of humanities graduates, “The role of literature in the intellectual sphere was believed to have some kind of moral and cultural purpose.

That was then challenged by the 60’s and 70’s and of course with post-modernism. So the kind of levers that some of us believed lay in literature, nobody buys that anymore,” he said, adding “So now we are back to the aesthetic pleasures of literature rather than its social efficacy or how serious literature may change the world.”

The issue of whether we are less socially or intellectually minded due the rise of film, TV or the Internet, is a pressing one. Loukakis did offer up some reassuring statistics though, “The entire box office, going back two or three years ago, of Australian film was something like a woeful, sad, pathetic $12million in one year. But in that same year the Australian book industry, covering all aspects of it: Fiction, Non Fiction, Children’s, Educational, crap or the good stuff, was $1.4 billion dollars.”

Not to undermine the good intentions of local filmmakers, it still begs the question whether today’s average consumer of culture, in whatever format, is characterised more for their consumption of quantity rather than quality.

Re-release of For the Patriarch available in Krinos (Publisher)