The milk bar, a Greek story 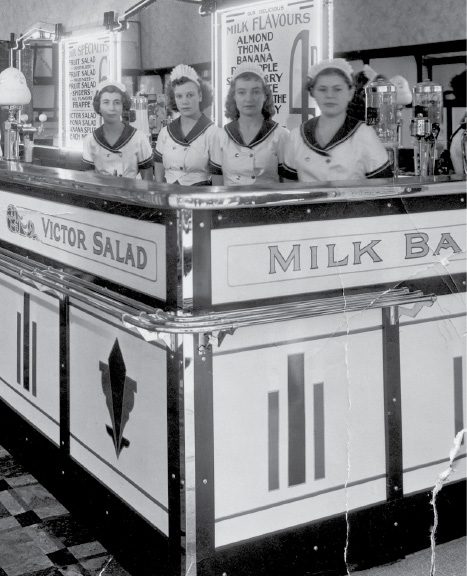 The Greek influence over food and the way Australians eat touches many corners of this great vast land. But it’s their strong hand in the development of milk bars that Greek Australians really made a difference. That influence is being explored through a lecture, Shaking The World Over: The Greek-Australian Milk Bar, as part of NSW history week.

Historian Leonard Janiszewski and documentary photographer Effy Alexakis have documented the humble beginnings of a legacy that began and evolved into the now European-style cafes.

“Who would have thought 20 years ago that Greeks coming to Australia… would change our eating habits, change technology within popular eating houses and change the direction we are going into?” Janiszewski asks.

The milk bar began because of a Greek Australian by the name of Mick Adams. After travelling to the United States and seeing their soda parlours, he brought this concept to Australia. Unbeknownst to him, he was about to revolutionise the food industry in Australia.

The original milkshake itself is nothing like the popular ones we see today. The 1930s were a time of the Great Depression. People drank milkshakes not as a treat, but because they were a cheap form of sustenance. Replacing ice-cream and sugary syrups were eggs, malt, honey and fruit.

“The most popular milkshake was the Bootlegger Punch because it had a portion of rum essence in it,” he says as most of the clientele were male.

The milk bar was the first to create a relationship between food and fantasy. It was all about creating an exotic environment for the customer to consume their product through art, architecture, seating and noise. The senses were well and truly tantalised.

Janiszewski recalls the Legend cafe in the 1950s where owner Ion Nicolaides created a milk bar that was streaks ahead in design and concept, and was selected in the promotion of the 1960 Melbourne Olympics to show modern Melbourne to the world. Nicolaides, along with an artist and sculptor friend, reshaped the interior of the milk bar and transformed it into an espresso bar – starting the Europeanisation of the milk bar.

“They increased the idea of this fantasy world with a mural of the legend of Sinbad the sailor, broken tiles on the floor and walls, mobiles on the ceiling – it was a very colourful and exotic interior.”

The lecture will be given at Macquarie University on Monday 5 September and The Lock-Up Cultural Centre on Thursday 8 September. For information go to historyweek.com.au