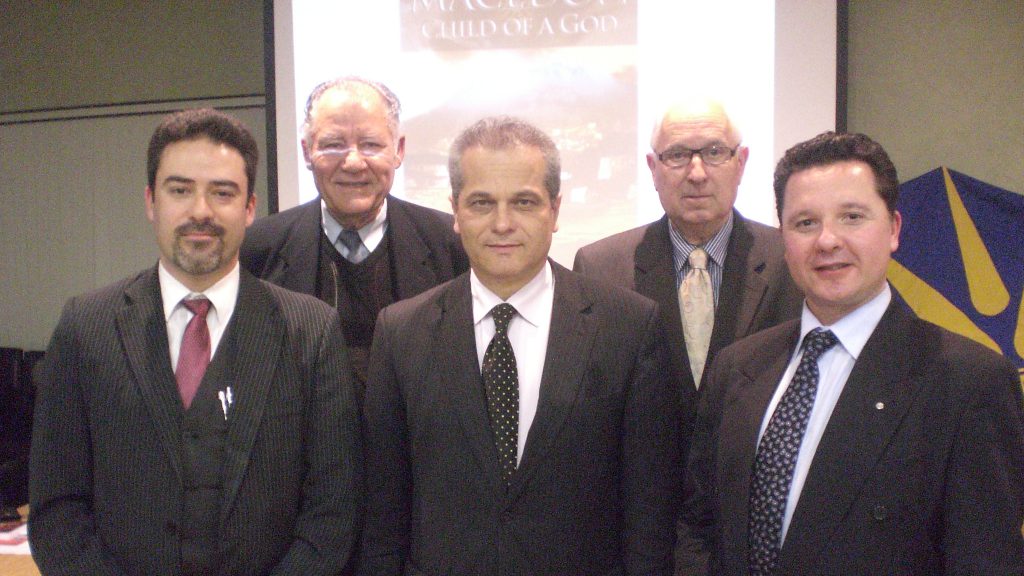 The year-long program of events to celebrate the centenary of the liberation of Thessaloniki and Western Macedonia was officially launched by Vassilios Tolios, the Consul-General of Greece in Sydney. He urged the community to support the events held to promote Greece and Macedonia Hellenism.

Highlights of the celebrations, to be held throughout Sydney, includes the Alexander the Great exhibition in Sydney’s Australian Museum and the launch of the award-winning novel Macedon: Child of a God by author Paul Hansen.

Dr Vasilis Adrahtas of Macquarie University describes Macedon as “Harry Potter meets Herakles”, an action-packed fiction with “characters who have personalities consistent with their roles in the Hellenic world”. The novel, the first in a series of four books, draws inspiration from the earliest stories of Hellenic history and mythology, and tells the untold story of Macedon, the mythological ancestor of the Macedonians.

Coordinator of the 2012 Dimitria Festival, Dimitri Kametopoulos was also present to announce this year’s 30-event program.