The president of the Hellenic Cultural Council Paul Mavroudis met with the Minister for Macedonia-Thrace, Theodoros Karaoglou, in Thessaloniki 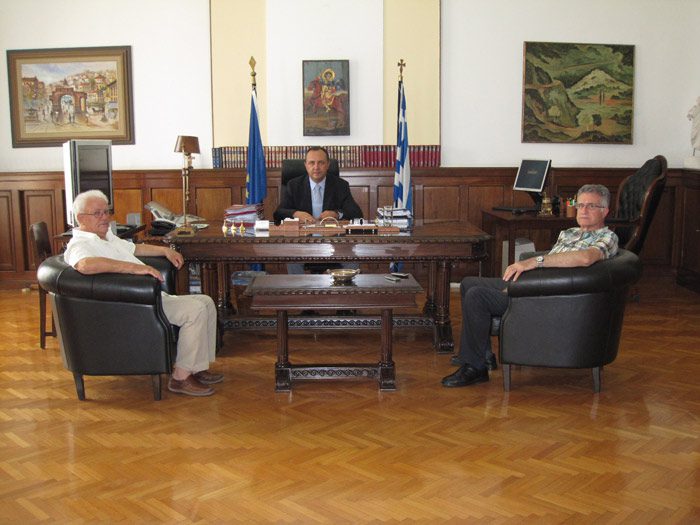 The president of the Hellenic Cultural Council Paul Mavroudis met with the Minister for Macedonia-Thrace, Theodoros Karaoglou, in Thessaloniki.
The meeting was organised by Melbourne’s Hellenic Cultural Council, the Union of Thessalonians “O Lefkos Pyrgos” and the Pontian Community of Melbourne and Victoria.
During his visit to Greece, Mr Mavroudis also met with the mayor of Thessaloniki, Ioannis Boutaris, and with the Governor General of Health for Central Macedonia and Thrace, Constantine Tsitouridis.
There was also a private meeting at the Hellenic Refugee Museum of the Holy Metropolis of Neapoli and Stavroupoli and the Municipality of Neapolis-Sykeon, with the director, writer and historian Constantine Nigdeli.
Mr Nigdeli will be presenting his Melbourne exhibition of rare photographs and postcards of the era, within the frame of celebrations marking 100 years of the liberation of Thessaloniki.
The meetings were conducted with success, with the Minister of Macedonia-Thrace, Theodore Karaoglou, promising to attend events to be held in November in Melbourne.