A tale of superstition, family myths and denial

“Some kids get their parents’ jewellery or record collections as hand-me-downs. Mum gave me this name.” Melon Fouraki 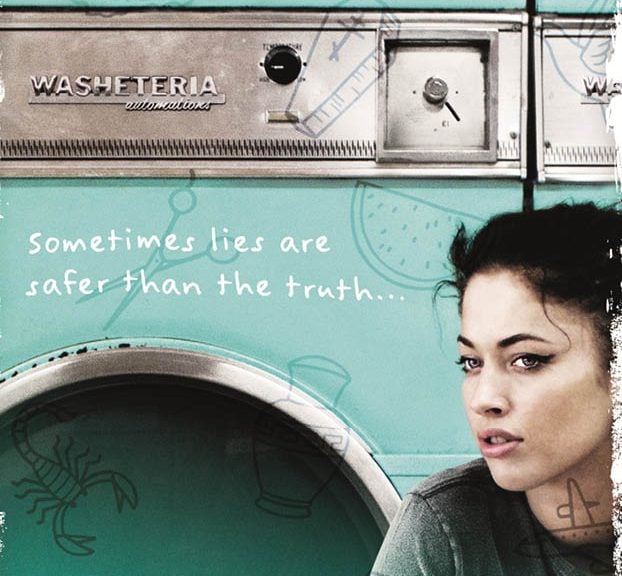 Melon Fouraki didn’t know that, according to Cretan tradition, writing in red ink may bring bad luck to the person she is writing to. She also didn’t know why in this world her mother would give her this “stupid, stupid” name, Melon. Every time she would ask – Melon would get ‘The Story’.

Melon Fouraki is the 15-year-old protagonist of the novel Red Ink, by actress-turned-writer Julie Mayhew. Just as Melon and her mother Maria are breaking stereotypes about solid Greek families in London, thus this thoughtful and at times emotional novel breaks every attempt to be categorised. It is a coming-of-age book that is as interesting for teenagers and new adults as it is appealing to older readers.

When Maria is killed by a London bus, Melon is left with no family to take care of her. Her mother had never introduced Melon to her living father, Christos Drakakis. Auntie Aphrodite is hundreds of miles away in Crete, and is unlikely to leave the melon farm that Melon’s Granbabas left her. What Melon has is ‘The Story’. The story about the Fourakis family and how she came to this world. The story, that her mum Maria used to tell her over and over again, is about family myths, cultural identity, superstition and denial.

Melon is a great narrator. She is not the most popular teenager and a name like Melon is not making it any easier for her. Her mum named her after the melon farm where she grew up in Crete.

Her narrative is bitter and confused, but at the same time full of humour. However, the humour is only visible to the reader, as the reader is the only person that Melon shares her thoughts with. Other threads that put together ‘The Story’ are flashbacks of Melon and her mother visiting the family in Crete, as the story flips between the past and present. ‘The Story’ is Melon’s link to the past and her Greek heritage.

Red Ink is a debut novel by Julie Mayhew. Once the UK-born author became a parent herself, she started seeing her own parents from a different angle. That’s when it all changed.

“I thought to myself that I’m doing the same things that my parents did, and that I would probably end up doing the same annoying things they did. That was the initial inspiration for Red Ink. It’s about family and legacy, and whether you end up turning into your parents,” Mayhew tells Neos Kosmos.

For a UK-based actress and writer, who had no blood connections to Greece, it was her numerous Greek-British friends and Crete natives in UK, and their frequent talks about extensive family that gave Julie a glimpse into their family life and rituals and that became the inspiration to set the book in London and Crete. Mayhew says she was always on the edge of the Greek families, and that’s just how Melon feels – she doesn’t really feel Greek, although she has Greek blood.

“I think what tricked me is that there seems to be a very strong sense of family within Greek culture. It isn’t the same with the English culture. There is something to envy in that solid structured family that never breaks,” the author says.

“But also that sort of atmosphere can be claustrophobic, the idea of an intrusive family that is always there. There is something to love and hate about any kind of a family structure. I break the cliché of the Greek family in this book, as this family is not very solid.”
Several trips to the Greek islands and particularly Crete, staying in Maleme where melon farms are situated, provided the author with unforgettable experience, strong bonds with local people and a familiarity with the island that resulted in a book that takes you from Monastery Agia Triada and Kalathas Bay, to Tersanas beach, and Haris’s fortress in Crete.

“You have to do your research and get things as accurate as possible, but also you have to tell a story. And Melon doesn’t really know everything. I had to balance it. I didn’t want it to be a documentary about Crete. I wanted to explore about parents, their influence and what they pass on to their children, the mistakes that as a parent you are inevitably going to make.”

“I wrote the book for adults, embracing the fact that both adults and teenagers will read it. I like the idea that it will be enjoyed by both sides of it. Teenagers will understand Melon’s estrangement with her mother and how irritating it can be. The adult readers will sympathise with Maria and the fact that sometimes you do your best, but your best is often misinterpreted or not good enough.

Mothers and daughters will read it and hopefully have a little bit better understanding of each other,” concludes Mayhew.
Red Ink, by Julie Mayhew, can be purchased at Dymocks and Myer stores, or online at www.amazon.com