Stella Pierides has launched a new collection of short stories, entitled Feeding the Doves, that delve into the Greek psyche 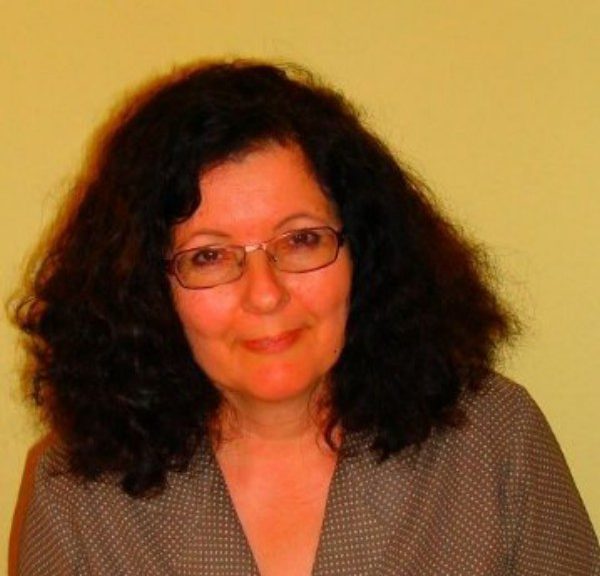 “I tried to get under her skin, she thinks well of herself, she believes herself to have standards, morals, and yet her deliberate non-involvement, her passivity shows a callousness… and the issues of race

What makes a good short story are the characters. When there’s a specific word limit, every word has to count and a lot is left to the reader to fill in. That fact makes a short story much more personal and it can leave a lasting mark on a reader.
Stella Pierides has taken that notion and created a book of short stories all centred in some way or form around Greece, her original home.
Greek born but now living in London and Germany, Stella looks at Greece through an inquisitive eye from afar in Feeding the Doves.
The collection of 31 very short stories tackle raw and topical issues alive in Greece today. Illegal migration, misogyny and poverty all rear their heads, while stories showing the beauty and spirituality of Greece juxtapose the touchy topics.
In the story ‘My Brother’, Stella explores the heartbreaking tragedy of refugees being lost at sea. Twelve refugees fleeing from the Middle East try their luck at swimming to Greece from Turkey. In the end only two survive. Their desperation for starting a new life in a country they feel is full of possibilities is something many Australians would know all to well.
That empathetic story is juxtaposed with ‘Nearly Teatime’. It tells the story of an old Greek woman, peering out of her window and snooping at the happenings of her neighbourhood in the comfort of her own home. She spots a young local gypsy girl walking by at the usual time and notices her sad face. She thinks nothing of it, until she realises the girl doesn’t come back. The gypsy girl’s cat can be heard meowing for food for days, annoying the snooping woman. Only when she is visited by the police, days later, asking for information does she realise the gypsy girl has been found drowned in the sea.
Her callousness for the intrusion shows a telling disrespect many Greeks have toward immigrants.
“Those policemen! Couldn’t they see she’s not one to put her nose in other people’s affairs? What do they take her for!” the story ends.
For Stella, this woman was one of the hardest characters to write.
“I tried to get under her skin, she thinks well of herself, she believes herself to have standards, morals, and yet her deliberate non-involvement, her passivity shows a callousness… and the issues of race, of course,” she tells Neos Kosmos.
“She is more interested in the fate of the cat than the young woman.”
This book thrusts you into a specific time and place to let you be a witness to a character’s most intimate moments, whether they be good or bad, cathartic or challenging.
Sometimes Stella can get carried away with the implied meaning, and sometimes ends her stories too quickly, with gaps too large to fill for the reader. In the 31 stories in the book, the most memorable are the ones that are more than one and a half pages long, where time, space, and character development are given more room to breathe.
As a fan of haikus, Stella ends many of her stories with little poems, merging together a couple of themes in 17 syllables.
Feeding the Doves came about as the result of different projects. Many stories are thanks to Stella’s participation in a flash writing fiction group, where they are asked to write a story each week for a year.
But for this collection, her love of Greece and her roots was the major inspiration.
“The stories I wrote – even when responding to the prompts- came from my imagined Greece, as well as the Greece I remember, the country I grew up in, listening to my grandparents, and their friends, filtering their stories and feelings, seeing what my eyes and experience allowed me to see,” she says.
In fact, her book is dedicated to her grandparents. Asia Minor refugees, they resettled in Athens in the 1920s and their struggles are written into the pages of Feeding the Doves.
The struggle of women is a theme that Stella has brought to light in a truly unique and Greek way.
Many of the women feel anchored down by cold and mentally abusive husbands and fathers.
In the story ‘Of Love and Fish’, we see a girl physically locked up by her father for falling pregnant out of wedlock.
So traumatised is she by the isolation, she doesn’t speak a word again, shutting her mind off to the world and abandoning her child.
“The boy was starved of love,” Stella writes in ‘Of Love and Fish’.
“His mother was bent on revenge, his grandmother on mourning her absent captain of a husband.”
The women in the stories can be just as cold as the people that have punished them, but some are quite tragic. In ‘The old woman at the sea’, Elsie is struggling to hold onto her identity with the “fog closing in around her”. Suffering from dementia, she is happy she has managed to make it to her local seaside eatery without the assistance of her daughter. Yet the condescending waitress, shouting to her thinking she can’t hear, ruins her happy mood.
These stories manage to show universal themes entwined with the Greek psyche to give a new perspective on the Greece in the media’s headlines.
Above all, these stories show Greece isn’t defined by its current bank account, but rather the people that inhabit it.
You can purchase Stella Pierides’ book, Feeding the Doves, by visiting http://amzn.to/IosuPU and the book is also available as a digital download for Kindle.