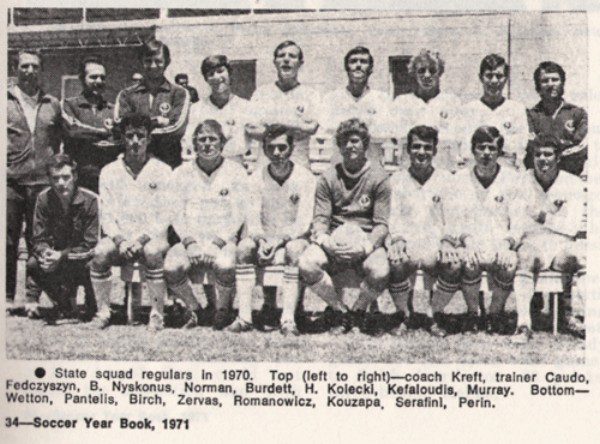 The two will put their NSL rivalry to the test in round 1 of the SA National Premier League to an expected 3000 plus roaring crowd.

On top of the match, there will be an NSL legends special derby match that will see the likes of Zoran Matic, Kostas Mantis and Neil McGachey back in their colours.

The match is a way to put behind all the negative aspects the NSL became known for and champion the maturity of the sport now.

Zoran Matic told Adelaide Now the fixture is a chance to make new memories in a more inclusive environment.

“I think that everybody is glad about the new derby it has been accepted and there’s no more discrimination against the game it was wrong,” he said.

“I don’t know why … was it a lack of culture of intelligence in some people?

“You can call it close to racism, it’s ignorance.”

In their last NSL match, West Adelaide won 1-0 against City.

With the season just starting for a newly promoted West Adelaide, coach Ross Aloisi will be hoping to hit the ground running. The team didn’t miss a beat last season, remaining undefeated in 30 matches with only two draws.

Club Chairman Alex Alexandrou says the derby match will be a standout match for the rest of the season.

“It is a game that means more than 3 points. If you beat Adelaide City, you can enjoy it for the year.”

Tickets will be available for purchase at Adelaide Shores ground between 11am – 5pm and are $10 for adults and $5 for concession. Children under 16 are free.

On Saturday the Under 18s and the reserves battle it out at 11am and 1pm respectively.