“We need another Melina” 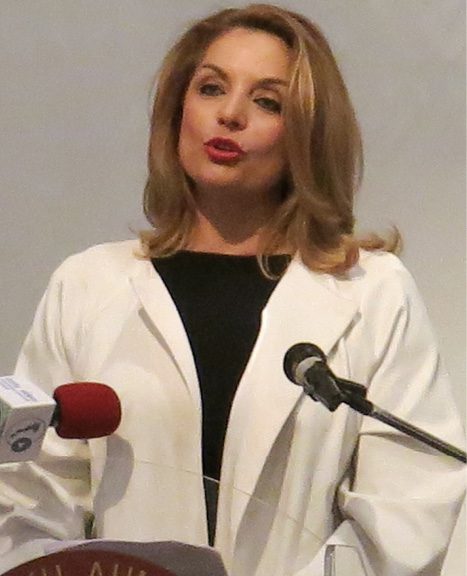 Just over a year ago the then newly-appointed Culture Minister in Greece, Panos Panagiotopoulos, announced with considerable fanfare a new Greek initiative on the Parthenon Sculptures: a strategy based on convening a mediation under the auspices of UNESCO at which the British and Greek authorities would meet to attempt to reach a resolution of this long standing cultural dispute.

Some commentators, including this writer, were sceptical about how the British would react, as mediation requires both sides to enter into negotiations in good faith. Mr Panagiotopoulos was adamant that this was Greece’s official position and sought support for his stance from the various overseas national committees. In due course a formal request for mediation was sent to the British side by the UNESCO Director-General, Ms Irina Bukova, and we waited to see what the British response would be.

In early June 2014, Prime Minister Antonis Samaras announced a reshuffle of his ministry and one of the casualties was Panagiotopoulos, who was displaced by Konstantinos Tasoulas, a lawyer by training and long-time friend and supporter of the Greek prime minister. The revolving culture ministry door had swung again.

And what of the UNESCO ‘initiative’? As far as this writer is aware neither the British government nor the British Museum has formally replied to the request for mediation, although private correspondence passing from both the government and museum suggests that the British will not seriously entertain mediation. Another year has passed and nothing has happened. So what’s new?

There is a ray of hope on the horizon, however, and it may be in the form of the new Deputy Minister for Culture, Ms Angeliki Gerekou, a PASOK deputy and former actress and architect. An attractive and articulate woman, Ms Gerekou could become the public face of a rejuvenated campaign for the return of the marbles.

In May 2014 I was in Corfu for the 10th International Panionian Conference at which, coincidentally, Ms Gerekou (herself a Corfiot) spoke eloquently at the opening ceremony. During that conference I met with a number of academics and researchers, including Nikos, an employee of the Greek Ministry of Culture. Over coffee at the Libro d’Oro café on the cosmopolitan Liston promenade in Old Corfu Town, our discussion turned to the issue of the marbles. I asked why the Greek campaign has seemingly stalled, if not gone backwards. Nikos’ answer was short and to the point – “we need another Melina” – a reference to the late Melina Mercouri, who as Culture Minister had elevated the profile of the Parthenon Marbles on the world stage and had famously challenged the British Museum to justify its continued retention of the sculptures.

Following the formal handover of the culture ministry, Mr Tasoulas met with Mr Samaras and told the waiting media that culture was the crown jewel, the diamond, the hope of Greece and that the cultural sector can be the flag bearer of the new Greece. For her part, Ms Gerekou promised to do her utmost in promoting Greece’s rich cultural traditions and whilst acknowledging Greece’s classical past, which she described as the country’s foundations, roots and wings, the new Deputy Culture Minister also committed to promoting Greece’s contemporary cultural scene.

The Parthenon Sculptures are the real jewel in the crown as far as the Parthenon is concerned and it is unacceptable that there has been no concerted push against the British government (and its British Museum minders) at any level, including litigation, to bring this issue to a head.
Why not then make Angeliki Gerekou the public face of a renewed campaign to return the marbles, both in terms of sustained diplomatic pressure and through a global public relations campaign?

The outgoing minister, Mr Panagiotopoulos, was unfairly criticised for writing a congratulatory note to the American actor, George Clooney, for his recent and well-publicised support of the return of the sculptures whilst promoting his movie, The Monuments Men, which told the true story of the US special forces at the end of World War II, who recovered 1,000s of stolen works of art and other cultural spoils taken by the Nazis. Leaving aside the fact that Clooney was inspired by his now fiancée, the glamorous UK human rights lawyer Amal Alamuddin (it is said that culture is best learned on the pillow), it is fair to say that Clooney’s brave and principled stand – in the face of much British condescension and criticism – did more to promote the cause for return than any single Greek government initiative in recent years.

Prime Minister Samaras and Deputy Prime Minister Venizelos (both former Culture Ministers in previous governments) have publicly backed the campaign for the return of the marbles. However, the request for mediation through UNESCO is simply dead in the water and the Greek government should finally acknowledge that and start moving beyond making interminable motherhood statements that lack any real political or diplomatic backbone.
That’s where Angeliki Gerekou could step up and become the public persona of a cause which still burns strong in many Hellenic hearts. But is the issue of
return really important to this government? Only time will tell.

*George Vardas is the Research Officer for the organisation Australians for the Reunification of the Parthenon Sculptures.