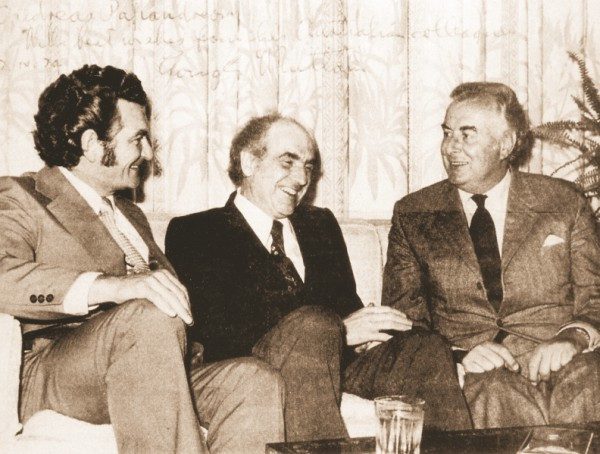 Former Australian Prime Minster Gough Whitlam, who revolutionised the rights of migrants in the 70s has passed away aged 98.

A legend for many in the Greek Australian community, Mr Whitlam saw through a number of policy changes that impacted greatly on the new Greek migrant community of Australia.

Despite his achievements, Mr Whitlam’s prime minstership was marked by controversy when his government was dismissed by governor general John Kerr in 1975.

Mr Whitlam was known for his love of the Greek culture, and was well versed in ancient Greek and had travelled to the country with his wife, the late Margaret Whitlam, more than 25 times.

Local Greek Australians remember him as a staunch supporter of the Lonsdale Street Greek Festival, an advocate for the return of the Parthenon Marbles and a believer in ethnic media.

Before he was elected in 1972 he had visited Neos Kosmos’ offices to show his support for the paper.

“He united the Australian Labor Party, won two elections and seemed, in so many ways, larger than life,” Mr Abbott said.

“In his own party, he inspired a legion of young people to get involved in public life.

“Regardless of one’s policies the nation has lost a legend … He redefined our country and in doing so he changed the lives of a generation,” he said.